I’ve been saying for some time that wage growth will be faster next year than this year, and, per the chart below, we can see that it is, in fact, accelerating. It certainly isn’t where we would like it to be, but the trend is in the right direction. Note also that this is in real dollars, reflecting actual gains in purchasing power and not inflation.

The key driver behind this is the demand for skilled labor. Companies continue to work their skilled employees harder rather than hire, but we are close to a breaking point for that. More voluntary departures—“quits”—and a declining unemployment rate suggest that skilled workers now have more options. Wage growth should continue to accelerate from here.

For unskilled workers, however, the picture isn’t nearly as pretty. The difference in unemployment rates based on education is staggering, as the chart below shows: 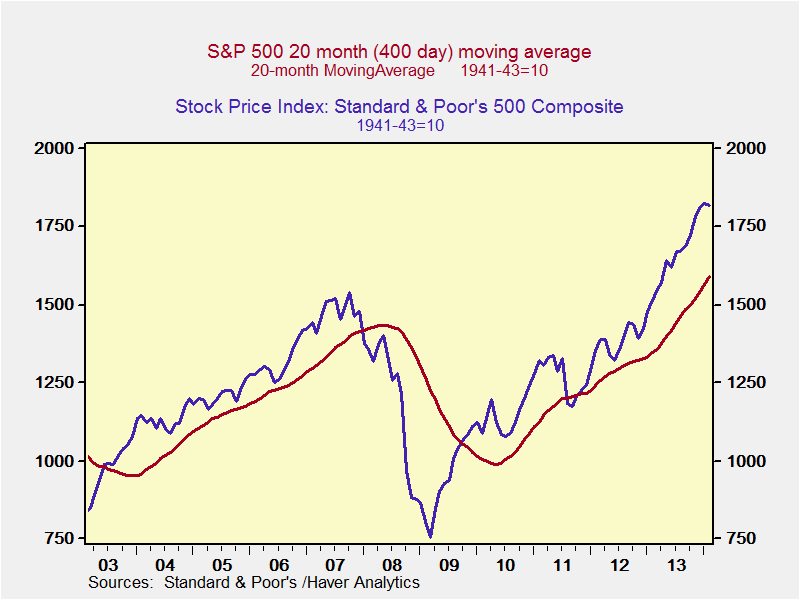 A Bureau of Labor Statistics chart offers another way to look at this:

Given their much higher unemployment rate, there is no real economic reason that most of the less-educated workers will see any kind of meaningful increase in wage income from the already very low levels.

There are multiple problems with the current situation, but I’ll stick with the economic ones. Spending drives economic growth, and lower-income cohorts typically spend every additional dollar they get. People like me, on the other hand, tend to save rather than spend, which does the economy no good in the short term. With the bulk of the income gains going to people who are much less likely to spend, we get much less economic growth from any given wage payment than we could. Paying more to the bottom would result in more growth.

If we use educational attainment as a proxy for the lower-income cohorts (which I recognize is not entirely fair) we have almost 47 million workers with a high school diploma or less. This is a very significant part of the working population that would be ready and able to spend any additional income. The gain in growth could be significant.

And this is where the debate comes in. If you do a Google search for “minimum wage and job loss,” you come up with links that both support and refute the notion that raising the minimum wage destroys jobs. Clearly, there is an academic (and political) scuffle going on.

Let’s go back to fundamentals. A business generates a certain level of sales and requires certain costs to support those sales. The difference is profit. Any businessperson will try to minimize costs, for both wages and other areas. If we raise wages, assuming sales remain the same, then profits will either be reduced or eliminated. If profits are eliminated, the business will shut down. If profits are reduced, the business will have fewer funds to expand in the future.

The key here is the assumption that total sales will remain the same. The argument for raising the minimum wage is that, with 47 million workers making (and spending) more money, total sales will actually increase by more than enough to compensate businesses for the increased costs.

In the aggregate, this is quite possible. For any given business, it’s certainly not guaranteed. This is especially the case since, according to the BLS, about two-thirds of those earning at or below minimum wage are concentrated in the leisure and hospitality sectors (think restaurants), retail, and, perhaps surprisingly, education and health services (think cafeteria workers and nurses’ aides). These industries will be most exposed to, and are fighting most fiercely against, any increase in the minimum wage.

The common factor in these industries is that the work is generally labor intensive and low skilled. The argument against raising the minimum wage is that these workers simply aren’t economic at higher wages. The argument for raising it is that counter workers and fry cooks are not, in fact, elective hires—without them, a restaurant simply doesn’t have a business—and that companies can afford to either raise prices or live with lower profits.

The question, from an economic point of view, is whether the increased spending generated by a higher minimum wage will offset the job losses, if any. From a competitive standpoint, if all businesses are similarly affected, there will be no competitive reason not to raise prices to compensate—in theory, leaving profits unaffected, assuming sales hold up. If all restaurants have to raise prices, none will lose business to competitors because of it; if higher wage income leads to higher sales, they could even benefit.

The empirical evidence is mixed. Theory strongly suggests that higher wages result in fewer jobs, but actual experience in Massachusetts and New England, as well as other studies, suggests the opposite.

Another factor to consider is that, in real terms, the minimum wage has declined significantly due to inflation. Arguably, increasing the minimum wage, even substantially, would make businesses no less competitive than they were 40 years ago, per this Bloomberg story.

In any event, the political trends seem very much in favor of an increase. If so—and it looks like it will happen in several states—we will have a natural experiment under way.

I suspect this trend may have more legs than many think. Democrats are obviously on board, but the evolving disconnect between the Republican party and business opens the door for a more explicitly populist approach, where a higher minimum wage might actually be a good fit. The potential economic benefits, in aggregate, would also provide a tailwind.