Worried About the Election? Don't Revamp Your Portfolio Yet 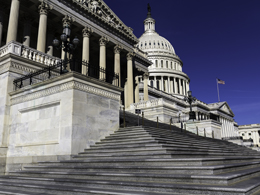 Recently, several people have asked me what investors should do in their portfolios to prepare for the presidential election. One went so far as to contemplate going to cash around August, just in case.

A very different type of race

I understand the concern, and in many respects, I share it. As I’ve written before, this election has more policy uncertainty baked into it than any other in my lifetime. With Bernie Sanders still out there pulling Hillary Clinton to the left, and with Donald Trump embracing ideas well outside the normal political spectrum, we really don’t know what the next president, whomever it might be, is going to do.

It really is different this election, and investors have reason to pause and evaluate the situation.

That said, it's much too early to panic. The primary season isn’t even finished, and it’s quite likely that much of what has been said and done will be quickly forgotten as candidates, particularly Clinton, pivot toward the general election. Putting it in movie terms, the introductory cartoons are just about over, and the main feature is about to start.

That’s not to say the general campaign won’t be an action thriller, full of twists and cliffhangers. It probably will. Even though Clinton is widely favored to win, there are many reasons to suspect the race will be closer—and that Trump might even have an advantage. The final outcome, in my opinion, is very much up in the air.

So what should investors be doing to prepare?

In short, nothing. Here’s why.

First, were Clinton to be elected, the policies she'd likely introduce are pretty well understood and already priced into the market. In any case, she would probably be facing a Republican-controlled Congress, constraining what she could do. There are no immediate or unknown problems with that scenario, from an investor perspective.

If Trump were elected, the situation is not so simple. He has already announced that he would make significant changes in the realms of both economics and foreign affairs, which could very well affect our portfolios. His positions on trade, for example, could end up damaging U.S. exports, affecting the markets in much the same way as the recent strong dollar. Regardless of specifics, he plans—and this is both his point and his appeal—to do things differently. Markets hate that.

At the same time, he would run into the same institutional constraints that Clinton would face, and possibly even more. Although he is running as a Republican, Trump is facing substantial resistance from large elements in the party. House Speaker Paul Ryan, for example, has so far refused to endorse him over concern about his policies. Many of his ideas are, by design, outside the current political consensus. With Democrats likely to be hostile and Republicans mixed, Trump’s chances of enacting significant changes, particularly in the short term, aren’t high.

Put simply, quite a bit would have to happen to bring about the kind of changes that might affect the market. We can certainly expect more turbulence as the race evolves, but that would happen anyway. Bottom line: there’s no political reason to modify your portfolio in the near future.