What’s Going on with Emerging Markets? 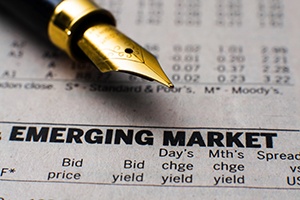 With emerging markets hitting the headlines once again, today we have a great piece from Commonwealth analyst Anu Gaggar on what is going on and—more important—what to do about it. Take it away, Anu! — Brad

Emerging markets have been in the news a lot lately, for many different reasons. When investors evaluated asset class performances for 2017, emerging markets were a shining star. Investors boosted their emerging market investments by 37.5 percent in 2017, and emerging market equities had a strong start out of the gates in 2018. In a matter of weeks, however, the momentum reversed, followed by flows.

In fact, from its recent peak on January 26, 2018, the MSCI Emerging Markets Index has declined nearly 12 percent in dollar terms (as of June 1, 2018), compared with a decline of 9 percent for the MSCI EAFE Index and a decline of 5.83 percent for the S&P 500. For veteran emerging market investors, such dramatic moves are not unexpected. For asset allocators, on the other hand, this warrants a deeper analysis of the reasons for the move to gauge if the underlying fundamentals of the asset class have changed. And, if they have, how do investors alter their emerging market positioning?

After the great financial crisis, developed economies (e.g., the U.S., Europe, and Japan) lowered their policy interest rates close to or below zero to boost economic growth and recovery. It is debatable whether these monetary policy interventions had the intended impact on the real economies, but they did cause disruptions in asset markets.

One such disruption was an increase in hard-currency borrowing by emerging economies. Emerging countries and their corporates were encouraged to lever up given the low borrowing rates offered by their advanced counterparts. Lenders in advanced economies were drawn by the spreads in their emerging market lending books relative to their domestic books. Further, synchronized growth around the world in the last couple of years, stabilizing commodity prices, and the weaker dollar made emerging market assets—both equities and bonds—appear even more attractive.

Still, there has always been a lot of fickle money in emerging markets, and this time was no different. As it became clear that the Fed was steadfast on its rate hike path and that central banks across the world might eventually follow suit, emerging market speculators began to get nervous. Investors started paying attention to interest rate parity equations. Since February 2018, the dollar weakness has reversed. Hibernating taper tantrum memories came back to the fore, and murmurs of indebtedness of emerging markets relative to the previous crisis became louder.

Emerging market countries are very different from one another; therefore, it is not appropriate to paint them with the same brush. It cannot be denied, however, that they trade like one homogeneous basket at inflection points.

So far this year, most emerging market currencies and equities have cascaded south. Emerging market investors grew concerned about the rising costs of servicing hard-currency debt that emerging countries had accumulated as rates in the developed world (particularly in the U.S.) rose. The dollar appreciation and consequent declines in emerging market currencies mean it now takes more local currencies to pay off the same amount of debt. Rising commodity prices are good for the commodity exporters but not so much for the commodity consumers who now have to pay higher prices using a more expensive currency.

Have we seen this movie before? 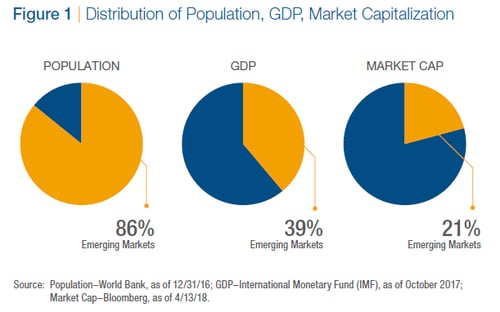 Thus, it would be amiss to ignore this growing component of the investing landscape. Instead, this might be the time to take a step back and acknowledge the differences in the components of the emerging markets index—not just at the stock and sector level but also at the country level.

Since the great financial crisis, many profligate emerging countries did rack up their borrowing and now look particularly vulnerable. Some countries do not have enough foreign-exchange (forex) reserves. Others persistently buy more than they sell to other countries, running large trade deficits. These countries could suffer the most damage when macro conditions in terms of borrowing rates and currency valuations deteriorate. 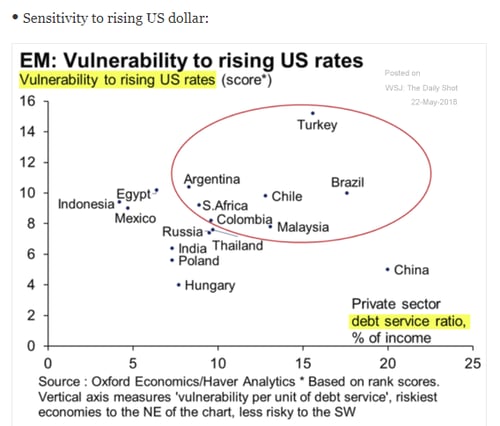 Turkey. Turkey stands out as particularly vulnerable. More than 50 percent of its bank liabilities are owed to foreign lenders, and it has very little forex reserves to support its external financing needs. Plus, Turkey has its own internal conflicts to deal with. Thus, it is not surprising that the Turkish lira is one of the hardest-hit emerging market currencies so far this year. 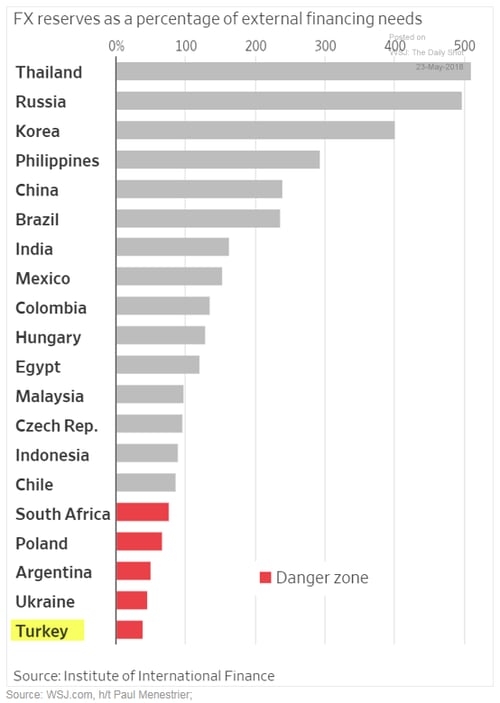 China. Among emerging countries, China also stands out for holding a lion’s share of external debt. As a share of its gross national income, however, China’s debt level is quite low. Also, it holds forex reserves that are more than twice the size of its external debt. Thus, while China carries significant heft, not just in emerging markets but also globally, its external debt situation appears quite sustainable. 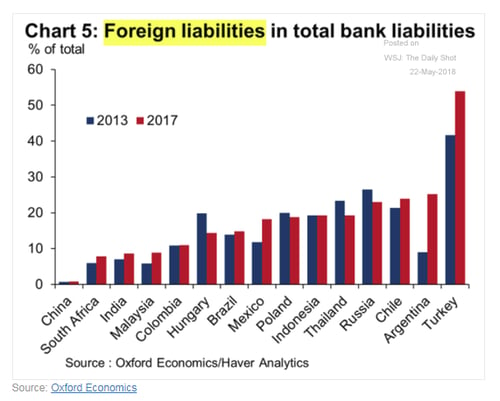 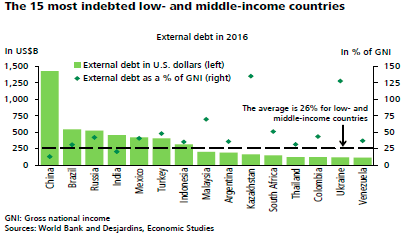 Look beneath the hood!

Despite gaining legitimacy as a distinct asset class, emerging markets continue to suffer from the whims of hot money flows. Prudent asset allocation dictates that investors maintain an allocation to emerging market assets. But a passive basket approach to emerging markets is likely not very rewarding. Given the inefficiencies and the inherent differences in the components of the emerging markets index, it is imperative to look beneath the hood and be selective in your investments. Skillful active managers could provide valuable service in this area and could lead to a smoother risk-adjusted performance experience over the cycle.