What Should We Expect from This Month’s Jobs Report?

One of the most important economic reports—the jobs report—is coming out on Friday. This is always a big data release, in that jobs are the ultimate barometer of the economy. Companies don’t hire unless they are both confident and expanding, so the jobs report touches them. Consumers don’t spend unless they are working and making money, so it touches them. Inflation depends on how fast wages are growing, so it touches that, too. Basically, the jobs report sits right in the middle of everything that we as investors need to keep an eye on.

This month? It is very likely to be terrible.

The beginning of the end?

Job growth has been very strong over the past several years, generally reaching more than 150,000 per month. As you can see in the chart below, we have had only four months in the past five years where job growth was under 100,000 per month. This month, expectations are for a gain of around 95,000. Is this the beginning of the end of the recovery? 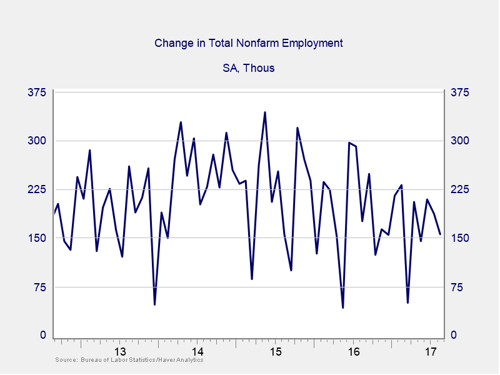 In a word, no. This is, to use a technical term, noise, due solely to the hurricanes that disrupted Texas, Florida, and now Puerto Rico. A slowdown in job growth is likely owing entirely to that disruption, rather than to something worse.

When you look at the chart below, you can see the disruption hit in the more timely weekly initial unemployment claims, with recent weeks showing a substantial bounce but then starting to decline. This trend is consistent with previous storms, which also had a spike in unemployment only to have that spike drop quickly. Given the very low level of claims in recent years, as well as the demand for labor, that normalization is likely to go even faster this time.

Other jobs reports, notably the ADP report, also support a decline—and a recovery. We can see the decline illustrated in the chart below, but we also see previous pullbacks and recoveries.

Will we see a bounce back?

Here, a decline is reasonable, is to be expected, and is not worth too much worry. What is worth worrying about is whether, despite the historic results, we will see a bounce back this time as well. To help determine this, it pays to look at the more forward-looking indicators that speak specifically to hiring intentions by business. 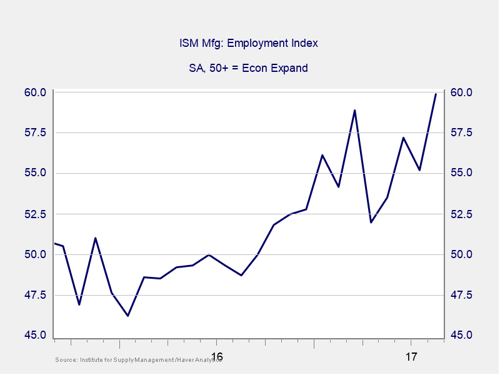 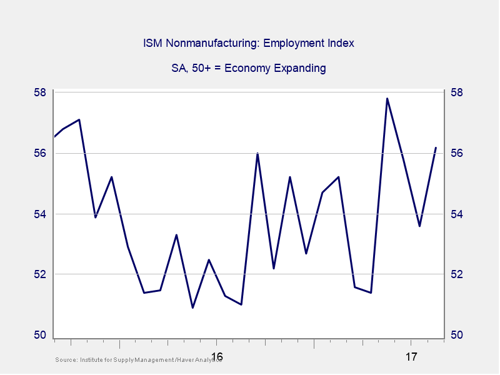 In the charts above, we can see that hiring intentions in both the ISM Manufacturing and Nonmanufacturing surveys remain healthy at levels over 50, which signals expansion (and extremely so for manufacturing).

Looking through the weakness

Overall, a weak jobs report is almost guaranteed by the effects of the storms. But continued economic growth and strong labor demand by employers suggest that it is not likely to last long—perhaps for this report and maybe the next one. Indeed, a rapid recovery is also suggested by history.

As such, both markets and the Fed are likely to look through any weakness this month, as long as the report is within a reasonable range of expectations. There is no real reason to assume it will not be.

So, when the report comes out, take any coverage over the large declines in job growth with a grain (or more) of salt.