What Happens If Greece Defaults on Its Debt? 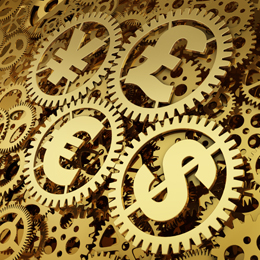 Last night, a reader wrote in asking about a bold prediction by a “very successful financial advisor”: if Greece were to miss a payment and default on its debt, the market would fall 50 percent. Setting aside whether this financial advisor has moved all his clients to cash—and if he really believes in that idea, he certainly should—I very much disagree with his conclusion.

It occurred to me, though, that for all the talk about the risk from Greece, I haven’t yet written about what might happen in the event of a default.

Expect a Greek default of some sort

First, let’s look at the payments that are coming due, as follows:

Bottom line: Greece does not have the money to make those payments.

Some form of Greek default therefore seems assured, whether it’s papered over by continued ECB bailout plans, debt restructuring of some kind, or another tactic. In that sense, whether or not Greece misses a payment is almost irrelevant. But the potential effects on the markets certainly aren’t.

Markets are not completely irrational, so the impact would largely depend on any new information such a miss would convey. No one in the financial world is unaware of the Greek situation, or of the very real prospect of immediate missed payments and default. Investors are following this story on a daily basis, and most reasonable scenarios have been priced into the market.

For the market to react, it would have to have some new information to react to.

What could prompt a negative market reaction?

To rephrase the original question: What information would a Greek payment miss or default have to convey to convince investors that companies are worth much less than we now think?

The worth of companies, over time, depends on how much they earn. Taking it to the next step, and considering only the U.S., we might phrase the question like this: What new information could come out of a Greek payment miss or default that would convince investors that U.S. companies would make much less than we now expect?

Put this way, the question seems kind of silly. Greece is a very small economy. The U.S. has relatively little exposure to the rest of the world through trade, compared with other countries, and U.S. institutions have very limited exposure to Greek debt. Plus, as I mentioned above, everyone can see it coming this time.

It’s hard to imagine how a Greek default would materially reduce the earning power of U.S. companies or, for that matter, of European companies.

Although a Greek default may bring new information to light, it’s likely to be limited and primarily related to European companies and markets. Europe could potentially take a hit, but even there, the damage is likely to be limited. The U.S. is even less exposed and might actually benefit from European problems as investors flee to a safer location.

I would also argue that a Greek default could lay the groundwork for a real solution, ultimately benefiting everyone despite the short-term damage. That, however, is another post.