What Does the Decline of the Dollar Mean? 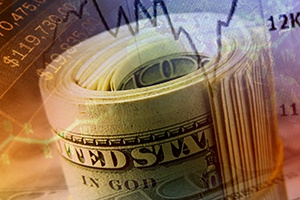 One of the dominating economic headlines of late has been the weakness of the dollar. These stories have been exacerbated by Treasury Secretary Steven Mnuchin’s comment that the “dollar is not a concern of mine.” Reading through the news, there is certainly a great deal of concern over whether a weak dollar is a sign of trouble ahead and whether the decline could get even worse. So, should we as investors or as citizens be worried? In a word, no.

Let’s start, as usual, with some context. The dollar, as measured by the DXY Index, is indeed down by more than 10 percent from its recent high in late 2016. That decline, however, has been pretty constant since then and has taken us back only to the level of late 2014—when the dollar was at its highest value since before the financial crisis. In other words, although the dollar has weakened a bit, it is still very strong. It could even drop quite a bit further and still be within the range of recent history. There isn’t any real news here, and there isn’t likely to be for some time.

What about economic growth?

When you look at both the decline over the past year or so and economic growth, it is clear that the drop in the dollar’s value has not slowed economic growth. Indeed, growth has accelerated over that period. Of course, these two facts could be unconnected, but a causal connection would make sense. A cheaper dollar makes U.S. goods cheaper and therefore more competitive in foreign markets. It also makes U.S. labor more competitive, encouraging hiring here. Looking at the manufacturing sector and at employment growth, both of those effects have been very positive—and could get even more so as the dollar slips further.

There are, of course, downsides here, and we saw one this morning. The economic growth figure for the fourth quarter of 2017 came in at 2.6 percent, well below expectations and previous quarters. The major reason for this was growth in imports, which was made worse by the weaker dollar. Beyond making foreign goods more expensive, a weaker dollar can lead to higher inflation and interest rates. These are certainly areas for potential concern.

Those concerns, though, are just that: potential rather than actual. The import surge that made economic growth disappointing was well above anything we have seen in the past five years and is likely to be adjusted down later. Even after that adjustment, contributing factors probably included the holidays (fourth-quarter imports are historically larger than other quarters) and, even more significant, catch-up imports after the hurricanes. In other words, while dollar weakness was a factor, chances are it was nowhere as big a factor as the headline import number would suggest. Similarly, while there are signs that inflation may be heating up, it is not there yet.

Continuation of a trend

On balance, the recent decline of the dollar has actually just been a continuation of a trend that has been underway for more than a year. The current value is still above where it has been for most of the time since the financial crisis. The economic effects, on balance, are likely to be more positive than negative, at least for a while.

Overall—and at least for the moment—the dollar is not a concern of mine either.