What Does the Alabama Election Mean for the Markets? 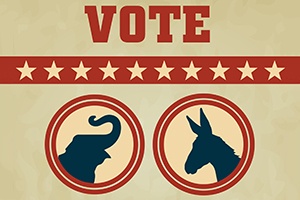 Yesterday’s news that the Democrats won the Alabama special Senate election, for the first time in 25 years, rattled U.S. politics. By taking the Republican majority in the Senate from 52 to 51, it reduces an already tight margin for difficult votes. By signaling that even the reddest states are now potentially in play for the Democrats, it could be a bellwether for the 2018 midterms. But what does the Alabama election mean for the markets?

In the short term, probably not much. With the race up in the air, a Republican defeat was a bit of a surprise—but not a shock. Markets reacted with aplomb after a quick tremor. This is no big deal. Republicans in Congress will certainly attempt to clear the tax reform bill before the new Alabama senator is seated, so this will have no impact on that. In fact, it might actually help passage of the tax bill, as potential holdouts are faced with a drop-dead date for their votes. “Now or never” becomes a much more credible negotiating point. With passage already largely expected by the markets, the impact should be small. If the bill fails, it will not be because of the election.

Even in the medium and long term, it is probably not that big a deal either. In the medium term (defined here as until the 2018 midterm elections), Republican legislators will face essentially the same challenges they do now, albeit made a bit harder. From a legislative point of view, the landscape doesn’t change much, if at all. That doesn’t really matter, however. Up to this point, much of the positive economic policy changes have come from deregulation, rather than legislation. That will continue regardless of the Alabama election. Overall, there is little reason to expect much of an impact on markets or the economy due to a slightly reduced Republican majority.

In the long term (after the 2018 midterm elections), the impact is likely to be small. While the Alabama results suggest that the Democrats will do well, we have to consider the multiple special factors at work in this election. So far, the weight of the evidence suggests Democrats will indeed do very well in the midterms, which is consistent with historical results. But unless control of Congress changes, they will have no more power than they do now.

What if Democrats were to take control of either or both the House and Senate? From an economic and market point of view, nothing much is likely to change. Divided government yields gridlock, which is pretty much what we have had this year. In other words, the policy outcomes will be very similar to what we have seen so far, with little legislation (unless tax reform passes) and continued deregulation.

The election results were a big deal in the political world. But the economy and markets should greet them with a yawn—and that seems to be exactly what is happening. We have a government narrowly controlled by the Republican Party, just as we did yesterday. We have the prospect for continued confrontation and legislative trench warfare—ditto. Finally, we have the prospect of more of that (whoever wins) after the midterms. In other words? Same old, same old.