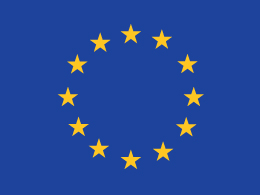 The headlines this morning are all about Greece, as they should be. But to put things in context, let’s first go back to recent economic news here in the U.S. In order to understand what the Greek crisis means to us, we have to understand where the U.S. economy is today.

Based on data from the last couple of weeks, the economy is in a good place:

It’s clear that, despite the weak first quarter, not only has the U.S. economy recovered, it’s moving back to pre-financial-crisis levels. In fact, the U.S. is in the best position, economically, it has been in years, and it continues to strengthen. The encouraging employment data—more jobs have been created in the last 12 months than since the late 1990s—only underscores this strength.

What's more, three economic reports slated for release in the coming week should provide further fundamental support: consumer confidence tomorrow, the survey of manufacturers on Wednesday, and the employment report on Thursday. All are expected to remain positive.

The news today, of course, centers on the Greek government’s surprise decision to pull out of debt relief negotiations and call a referendum on the European proposals—and even more surprising, to campaign against those proposals. Essentially, Greece has doubled down on confrontation with the rest of Europe, quite possibly eliminating the possibility of any agreement at all.

In the short term (i.e., this week), the European Central Bank has stopped providing additional support to the Greek banking system, which has been forced to close to prevent bank runs. ATM withdrawals have been limited to curb excessive withdrawals. And the Greek stock market has been shut down until the referendum next Sunday.

This is the first stage of what could be a very nasty exit from the eurozone and the European Union. Indeed, although a deal remains possible, it is increasingly unlikely. Governments and markets are preparing for a Greek default and exit.

Muted reaction to a possible Grexit

The most surprising thing is how little reaction there’s been. Yes, European markets are down, but by less than might have been expected. The tone is one of resignation and disbelief rather than fear. No one is surprised, and no one is really panicked. There may even be a sense of relief that some kind of resolution is near.

This lack of reaction makes sense. The Greek default has long been foreshadowed, and the markets are neither shocked nor overreacting. A great deal of work has been done to protect against just this event, with financial systems around the world much more solid than they were in the last crisis. Arguably, the eurozone and European Union would be better off economically without Greece. Without the constant drama and uncertainty, countries could focus more on moving forward and less on resolving past problems.

Apart from Greece, European economic growth actually seems to be accelerating, according to Bloomberg. With both the U.S. and Europe growing more quickly, and with the banking systems fortified, the potential for a Greek default to rock the world is much less than it was five years ago.

Fundamentally, there is no obvious reason to panic about a Greek default.

Remain calm and carry on

Make no mistake, there will be lurid headlines about Greece. Expect them. Other economic events, such as Puerto Rico’s possible debt default or the Chinese stock market correction, will also make the front pages. We may be headed for a volatile, scary time in the financial markets. We could well see market drawdowns, but if we do, they should fall within a normal range.

At the end of the day, though, the fundamentals, especially here in the U.S., remain sound, and over the medium to longer term we can expect continued growth. Greece, as I have written before, is a small piece in the puzzle. Absent some kind of systemic crisis, which seems unlikely, a Greek default simply won’t be that damaging.