The Trump Tax Plan: What You Need to Know 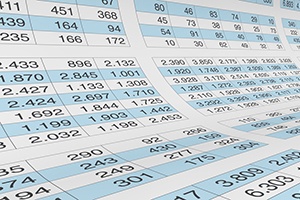 The big news today is the White House's tax plan, which proposes to cut taxes across the board, relieve millions of people from the burden of paying income taxes, and make filing much simpler and easier—all while keeping the budget in balance (or at least not making the situation worse). The question, of course, is whether it can do all it promises, and whether it stands a chance of passing.

For individuals and families, the plan reduces the number of tax brackets (the highest of which is currently 39.6 percent) from seven to three, at 10 percent, 25 percent, and 35 percent. It also doubles the standard deduction, to $12,600 for single filers and $24,000 for married couples filing jointly. This means that married couples wouldn't have to pay any taxes on their first $24,000 of income. Finally, it repeals the Alternative Minimum Tax (AMT), which was designed to ensure that higher earners pay a minimum level of taxes, and does away with the estate tax, which taxes inheritances.

From a business perspective, the proposal also offers benefits. The plan cuts the maximum corporate tax rate from 35 percent to 15 percent, a clear potential savings. The border adjustment tax, which would have raised taxes for importers, is nowhere to be seen—another advantage for many businesses. Finally, pass-through businesses, including many small companies, would get a 15-percent tax rate.

All in all, for many taxpayers, the plan looks like a real win.

It would also come with substantial costs, however. To pay for the cuts, the administration would eliminate all tax deductions, except the mortgage, charitable giving, and retirement savings deductions. Notably, residents of states with high taxes would not be able to deduct those taxes. Depending on where you live, and how many deductions you take, you might end up paying more.

The costs at the federal level could be significant as well. Independent experts report that the plan would raise much less revenue for the country than the current tax laws do. The administration expects lower taxes to spur faster growth, making up for the shortfall, but if not, the deficit would rise substantially. The numbers here are uncertain, as the plan includes few details so far. But it does seem reasonable to conclude that, without that additional growth, the deficit would indeed grow, perhaps by a great deal.

As presented, the plan allocates much of the tax relief to the wealthy, which means it will be difficult to get votes from Democrats. Eliminating the estate tax and the AMT, in particular, will make it a hard sell. On the Republican side, the possibility that the deficit could rise substantially may alienate the Freedom Caucus and other factions focused on fiscal responsibility. The internal Republican debate is likely to be lively, and the path to passage is not clear at all.

At the end of the day, the current tax plan is perhaps best described as an opening bid, laying out themes and priorities but leaving it up to Congress to fill in the details. And that is how it should be. President Trump has presented a road map for where he wants to go. Congress now has to decide how best to get there.

Although it’s worth examining the proposal as is, it is premature to get too involved, as what (if anything) emerges as law is likely to be quite different.