The Dog That Did Not Bark: Republican Debate Ignores Economy 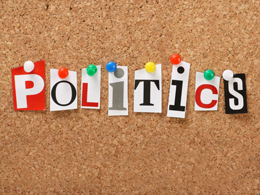 One of my favorite Sherlock Holmes stories centers around something that did not happen: a dog that did not bark when he should have. I was thinking about that story last night during the Republican presidential debates.

It wasn’t just the debates that recalled the story to me, but also how they were reported—lots of words on how Trump and Fiorina interacted; lots of words on how Bush played off Trump’s “low energy” comments. There was essentially nothing about the economy. Why not?

This last possibility is interesting.

If there is a notion that the primary problems the president should be addressing are immigration, foreign policy, and the balance between religion and law (to pick three issues from the debate)—not the economy—this suggests that, in the opinion of major news figures and politicians from all over the country, things are closing in on normal, at least from an economic perspective.

It also ties in with the Fed’s decision today. As I mentioned earlier this week, I believe there is no economic reason, at least here in the U.S., not to raise rates. The relative absence of discussion last night suggests that the Republican candidates agree. The pie is starting to grow again.

With normalizing economy, is tax policy the new focus?

With a growing pie, though, comes a renewed fight over how to share it out, and here is where the Republican debate did get into economics—through a discussion on tax policy. It wasn’t much of a discussion, admittedly, but at least it started to outline the two different tax paths the Republicans might follow. One is the flat tax, favored by several candidates; the other is a more progressive approach, which Donald Trump apparently favors, though he doesn’t think the hedge fund guys will like it. Bush may also be on board with higher taxes in some areas, per his piece in the Wall Street Journal the other day.

All of this suggests to me that, from an economic point of view, the most interesting part of the Republican race might well surround tax policy.

This matters because the Republicans have been locked into a no-taxes stance for years. By opening up debate within the party, we might start to see a plan for addressing the very real concerns about growth that tax policy gives rise to. At the same time, such a plan might also lay the groundwork to get deficits under control when they start to rise again. This is the most positive thing I have heard in the debates so far. The country really needs a responsible fiscal policy debate between parties, and this could be the first step toward just that.

Overall, it was an interesting couple of hours and provided some mildly encouraging takeaways. The race has not even really started, and we are already seeing some genuine and valuable differences being aired. For all its deficiencies, the U.S. system does work.