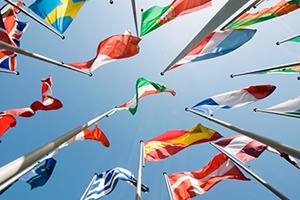 As we close out this series on tariffs and trade wars, let’s review what we’ve covered so far.

There is a case to be made for modifying the existing world trade system, and there are systemic imbalances and costs that need to be rectified. That being said, we need to ensure that we maintain as many of the good things about the current system as we can because, despite the costs, the U.S. is actually in a very favorable position overall.

With that context, we can define what we need to do to improve the current system, without blowing it up. These are the benefits we want to preserve:

These are the changes we want to make:

Tariffs not the best tool

When we actually lay out our objectives, we can see that tariffs are likely not the best tool available. By directly confronting and harming other countries, tariffs erode all three of the current benefits we want to preserve. Plus, by increasing costs to U.S. consumers, tariffs don’t actually drive any of the changes we want to make. This is why economists, as a group, are against tariffs and for free trade—which also has been the bipartisan consensus since the end of World War II.

As a negotiating tactic and a threat, tariffs certainly have their place. Indeed, they have been used—not extensively—but when appropriate. This strategy is what financial markets have largely been assuming the Trump administration has been taking and why markets have so far been pretty blasé about the whole thing. There is a fairly long history, in the U.S. and abroad, of using tariffs as a tactic and a threat. Sometimes they work, and sometimes they don’t. But the use of tariffs in this way is dangerous.

Because of that danger, the world as a whole—led by the U.S.—has spent decades creating the World Trade Organization (WTO). This U.S.-led and -controlled organization is designed to make sure everyone plays fair and to solve problems like the ones we have. The WTO and its predecessor have been largely successful for decades. The current U.S. actions abandon that success and that organization.

So, where do we go from here?

The first step would be to use the resources we already have, rather than trying to go to less effective and more dangerous tactics.

The second step, even if we decide that the WTO isn’t going to solve the problem, is to use tactics that specifically address what we are trying to do. We want to benefit the U.S., not hurt other countries. Remember that the jobs that we have lost are by and large low skilled and low paying. Instead of trying to bring back those jobs, we could increase job training for displaced workers. This strategy is something that would solve the actual problem, as well as position those workers for a better future. This training could come from either the government or the private sector, so politics don’t really matter.

Further, we could get the Export-Import Bank—a government agency specifically designed to do just what its name implies—up and running again. Finally, there may indeed be a case for more restrictive policies, but those would not be tariffs.

There are many other measures we could take that would be more targeted, more effective, and less dangerous than the current tariff proposals. As I write this, China has promised retaliation, and other countries might well follow. This situation makes everyone worse off and does not result in any long-term good.

While the problems the administration cites are real, the proposed tactics are not the best available. The hope around the world is that their use has been, as in the past, a way of making a point and framing the negotiations. If so, then they have certainly been effective, as the U.S. trade position is now front and center on the global agenda.

Going forward, we should certainly use that accomplishment to help solve the problems. I applaud the administration for taking them on, but now let’s shift to more effective tactics.