Stock Market Earnings Priced for Disaster (But Not to Worry) 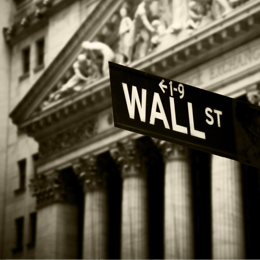 We're heading into earnings season, when companies announce how much they made last quarter. This is when I start reviewing current market expectations and how they relate to the fundamentals.

Why do expectations matter?

Because the market often reacts to how a company does relative to expectations rather than to the absolute results. Even if a company has a terrific quarter, its stock can still tank if it doesn’t quite meet inflated expectations, and the opposite applies as well.

Companies therefore have a real incentive to manage what the market expects about their earnings. They often try to guide expectations lower in the hope that they will be easier to beat and that the stock will benefit as a result. This is much easier in difficult times, of course, as the case for lower earnings is self-explanatory and the power of a positive surprise may be even greater.

Based on the FactSet Earnings Insight report for Q1 2016, companies seem to be taking this trend to an extreme. Corporate earnings are expected to fall by 8.5 percent, down from an expected increase of 0.8 percent at the end of last year. This is the largest drop during a quarter since the first quarter of 2009, at the heart of the financial crisis.

As investors, the question we have to ask ourselves is, do current expectations make sense?

Looking at the big picture, the U.S. and global economies are not collapsing. In fact:

We simply don’t have the kind of poor macroeconomic outlook we did during the crisis.

Not only that, the Fed has stated that it will most likely keep rates reasonably low for the rest of the year. With improving confidence, continuing growth, and Fed stimulus, the chances of a collapse are not material.

Despite the favorable big-picture outlook, businesses are still guiding expectations lower. So far, 94 companies have issued negative guidance for the quarter, compared with 27 who have issued positive guidance. If the 94 number holds, it will be the second largest since FactSet started tracking the data in 2006. Overwhelmingly, companies are trying to curb expectations.

No doubt this negative guidance is based on companies’ best information. In light of past experience, however, we should consider the possibility that actual results may not be so bad. And the numbers support that.

In the previous quarter, which had problems of its own, most companies did better than expected, with two-thirds beating expectations in 8 out of 10 sectors. Although it is early days, of the 15 companies that have released earnings this quarter, 13 have beaten expectations. The evidence suggests that earnings will do better than we now expect, and the magnitude of the decline in expectations indicates that outperformance could be substantial.

I strongly suspect that earnings this quarter may beat expectations after all—and possibly by quite a bit. The economy has its challenges, and we are in a slowdown, but it’s nowhere near as bad as current estimates indicate. Although companies have an incentive to be conservative, if and when they do start beating expectations, it could well be a tailwind for the market.