Some Thoughts on Paris 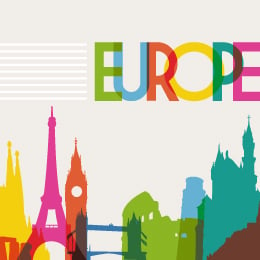 As you might imagine, I’ve been thinking about Paris a lot the past couple of days: the usual rage and horror, the usual thoughts about what can be done. But the saddest part about it for me? It's just two words—“the usual.”

Impact on the financial markets

I did a couple of interviews on Monday about the impact of the attacks on the financial markets. The interviewer seemed surprised that I didn’t think there would be any. In fact, markets went up, defying expectations. How could this be?

I suspect the real reason was the attacks took place over the weekend, so people had a chance to process them before returning to the markets. If you look at previous attacks—Madrid and London—there was a sharp downward reaction, but it was short-lived. This time, we got through our sharp reaction outside of trading hours, so it didn’t show in the markets at all.

The reason the reaction passed that quickly is simple: Attacks like this are starting to feel more normal. Markets react only to new news. The fact that terrorists want to attack the civilized, and are occasionally able to do so, is not news. We face this every day.

One of the questions I got in the interview was whether people would be more scared. Possibly, I said, but I doubt it, simply because it is not possible to live in America without being constantly reminded of the threat. Every time you go into an airport, check into an office building, or even simply see a photo of the New York skyline, you are reminded of terrorists. Fear is now built into everyday life here. It’s hard to go a full day without being reminded of terror.

A look at the facts

But if you look at the Wikipedia listing of terror attacks here in the U.S., note that extremists are certainly not the only terrorists out there. In fact, over the past five years in the U.S., radicals have committed a fairly small share of such attacks. If you also include mass shootings that are not classified as terrorism, such as those in schools, the proportion becomes even smaller.

This is not politics; it is math. I prefer to make decisions based on facts, not emotions. My point is that terror is becoming more normalized. Markets have processed this and don't react. Societies have not.

We have to reconcile fear versus reality, which is one thing the markets are very good at doing. The reality is that radicalized individuals are more visible now than they have ever been before. We must take precautions. We also, however, have to be careful not to overreact and do the wrong thing—and let our enemies win again. Let's try to be as smart in our reactions to world events as we try to be in our investments.