Slow GDP Growth: A Trick of the Numbers? 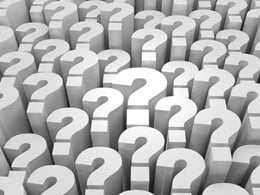 Yesterday, the quarterly growth figure for the economy as a whole, known as gross domestic product (GDP), came out at 1.5 percent. This figure was in line with expectations but was nevertheless disappointing since it declined from 3.9 percent in the second quarter. This gives rise to certain questions: Why did the GDP decline, and is this is a harbinger of future trouble?

Before answering these questions, though, let’s take a minute and think about what GDP actually is. There are four major components:

Of the four components, consumer spending accounts for about 70 percent, business spending for about 15 percent, and government spending for about 18 percent. Mathematically inclined readers will note this adds to 103 percent. But the excess is taken off by net exports, which typically subtract a bit from growth and bring us back down to 100 percent.

Using these numbers, it’s easy to see what matters the most—consumer spending. When the economy is growing slowly, or shrinking, it is usually because consumers (which is to say, us) are not growing their spending. When that happens, recession is typically not that far away. Looking at personal consumption growth is, therefore, a good way to see how worried we should be about the recent weak growth figure.

Although economic growth was 1.5 percent, growth in personal consumption expenditures (the technical term) was 3.21 percent—significantly better and in line with where it has been in past recoveries. Consumers overall have not stepped back, and this is positive for the economy.

So, whose fault is it?

When I speak to clients, I usually point to slow growth, make the connection to consumer spending, and ask who has been on a shopping spree recently. When no one raises their hands, I then tell them that slow growth is their fault. It gets a laugh, but I will have to stop using it. Slow growth is no longer the consumer’s fault.

Looking at the other components, government spending grew slowly but still better than over the past five years, and net exports were also reasonably stable—a drag, but a consistent one. By process of elimination, we get to business investment as the culprit.

On a quarterly basis, the growth rate of gross private domestic investment (again, the technical term) dropped from 6.47 percent down to 2.81 percent, a serious decline. The bulk of that came from declines in business inventories. This, then, is the real reason growth was so slow: a decline in inventory growth from previous quarters. The total effect, according to Ned Davis Research, was to decrease GDP by 1.44 percent.

When you look at the numbers, it turns out that the first two quarters had inventory growth levels well above any seen in at least the past five years, with Q1 in particular being three times that of the first quarter of 2013. The drop back in the third quarter probably represents a normalization of growth, as the growth rate from the first three quarters of 2014 to the same period for 2015 is actually an incredible 44 percent. It seems that the reason growth declined in the third quarter was not general weakness. Instead, it’s just that businesses got ahead of themselves in accumulating inventories and had to dial back a bit in the short term.

If you think about it, consumer spending has been great, but probably not great enough to justify a 44-percent increase in inventories, so the pullback makes sense. It also makes sense that some of the strong second-quarter growth was borrowed from the third quarter, via the inventory channel.

The dramatic drop in growth does not actually represent weakness in the real economy, but it is a result of a short-term and healthy adjustment by businesses in the inventories they hold. Consumers continue to grow their spending, as does the government, and business is growing spending outside of inventories.

Although we may have another quarter of inventory-related adjustments, the underlying growth fundamentals remain intact. This is just one more worrying headline that, when you dig into it, is reasonable and nothing to worry about. Remain calm and carry on.