Should We Be Worried About the Fed’s Balance Sheet? 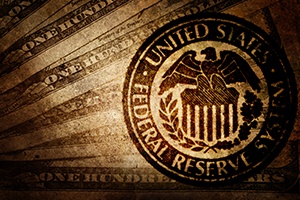 When speaking with clients over the past couple of weeks, I have had several questions about whether we should be worried as the Fed begins to reduce its balance sheet. With the Fed starting to sell securities, the concern is that interest rates could spike and financial markets could become unsettled.

Indeed, it’s a good question. But the short answer is that it is nothing to worry about. Here’s why.

The Fed is not actually selling assets

Instead, it is simply buying less. The securities the Fed owns both pay interest and, in some cases, mature every month. To keep the portfolio the same size, the cash flows have to be used to buy securities to replace those that are maturing. What the Fed is now doing is simply buying less than would be needed to replace the securities that mature. It is still buying, just doing less of it. Over time, the portfolio will get smaller—with no sales.

No negative effects on the markets

This reduction has already started—with no visible negative effects on the markets. With the Fed buying less, other buyers have stepped in to pick up the slack. Worth noting is that, in context, the amount the Fed is taking off the balance sheet is quite small, so it is not really difficult for other buyers to take action. The Fed has started with baby steps. While they will become bigger over time, they will be much smaller than the initial steps the Fed took to buy the securities.

The Fed is monitoring the effects

Because these are small steps that are scheduled to increase slowly, the Fed can and does monitor the effects closely. Above all, this is a Fed that does not want to make matters worse. It has said repeatedly that the balance sheet reduction plan can be paused—or reversed—at any time should adverse effects become apparent. So think of it as baby steps, with Mom ready to step in as needed. There might be a fall, but it would be a small one.

Moving back to normal

Finally, given the small steps and the Fed’s vigilance, the end goal is to move us back to normal. Normal, in this case, is not the Fed’s balance sheet before the crisis. Instead, it is a level in line with the current economy. As such, the amount the Fed actually has to reduce it is much less than is often expected; therefore, the Fed can be much more leisurely about doing so.

To sum up, we have a slow and carefully monitored process. It is currently underway, with no adverse effects. The markets know the plan and are apparently comfortable with it. And the goal, over time, is to take us back to normal.

Could there be hiccups?

Of course, there could be hiccups. In fact, that is baked into the plan. The potential for a serious disruption to the markets, however, simply doesn’t seem to be supported. There are lots of things that could disrupt the markets, of course, but this is likely not one of them. The Fed is simply taking another in a long series of steps to stabilize and normalize the economy without disrupting it.