I wrote yesterday that lower interest rates and oil prices shouldn’t be a major problem here in the U.S. But the rates, at least, could be symptomatic of real problems in Europe and Japan.

With the recent report that consumer price inflation dropped below 0 percent for the eurozone, it’s worth taking a closer look at what Europe is facing, and what lower interest rates there mean.

Why did the inflation rate go down?

Granted, inflation in the eurozone was low and declining through 2014, but it seemed to have stabilized in the latter half of the year. What actually drove it below zero was oil.

The news stories focus on the headline inflation rate, shown in the chart above. If, instead, you look at the core inflation rate—which excludes energy and food, and is much less volatile—you see a different picture. Here, inflation is both higher and more stable, which suggests that European economic growth, while weak, is not collapsing into a deflationary trend.

Given these two perspectives, it’s clear that the decline in oil prices is behind the eurozone’s drop into deflation, and this is, in fact, a positive for the eurozone economy, just as lower energy prices are a boon for the U.S. The eurozone countries import much more energy as a proportion of their economies than the U.S. does, so the benefit should be even bigger. Viewed in this light, the drop to deflation is bad, but it’s a down payment on a boost for the future.

What about European interest rates?

Lower inflation rates should mean lower interest rates, and that is, indeed, what we see. What we need to look at, though, is whether lower rates are also caused by a decline in the demand for capital.

The charts below, from the European Central Bank, cover business lending, mortgage lending, and consumer lending, respectively. All three show that loan demand has increased through 2014. Rather than declining, the private sector is starting to borrow more again. 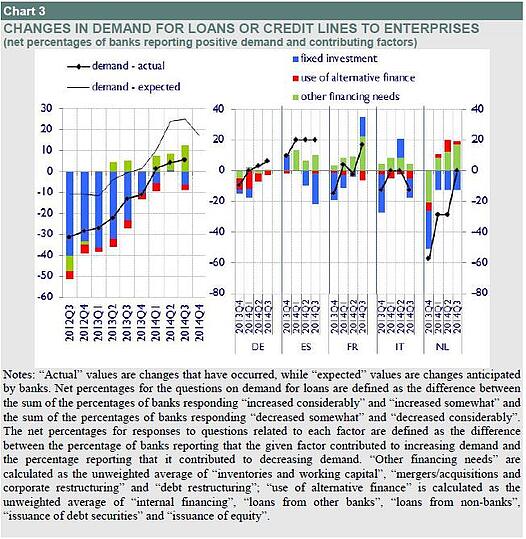 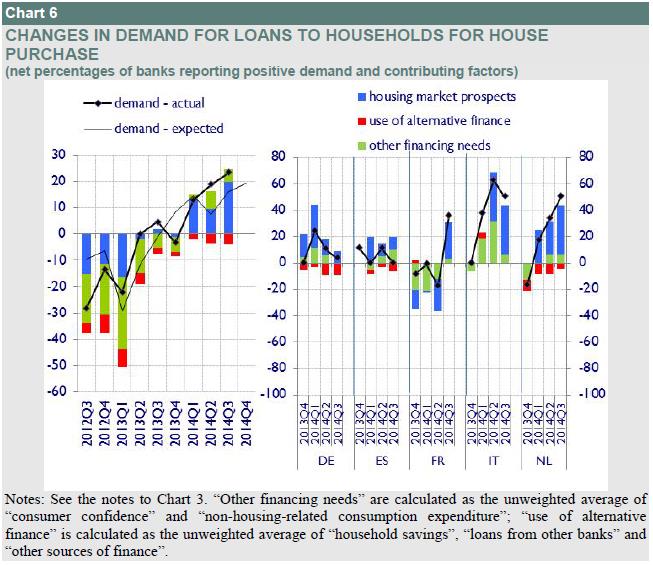 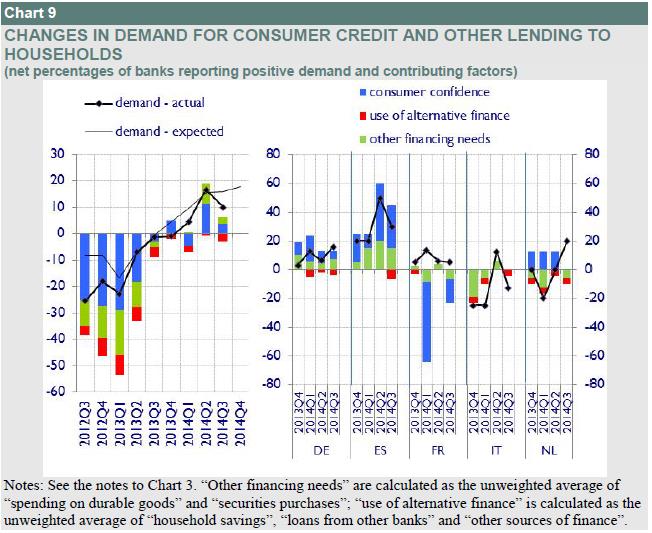 The rising demand for loans speaks well for a private-sector recovery, although it remains in early days. So the question is, Why are rates so low? The answer is in the government sector, where rates have been kept low in order to drive increased private-sector demand for capital, which is exactly what we are seeing. Low rates, in other words, are finally having the desired effect.

The risks are mostly political

While growth in the eurozone has been low and so has inflation, policy has finally sparked a private-sector recovery, which should be bolstered further by the decline in oil prices. Should the European Central Bank start a stimulus policy like the one the U.S. Federal Reserve just finished, the effects could be amplified even more.

Economically, many risks remain in Europe, but at the moment, they’re not centered around the private sector, which, in aggregate, seems to have started to move in a positive direction. While the European economy remains in a deep hole, at least they have stopped digging. The risks right now remain primarily political, and should be evaluated as such.