Jobs Report: Good, But Not Perfect 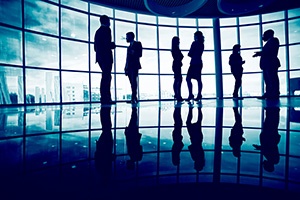 Today’s big news is the jobs report. It is the single most informative and important economic report there is. As such, it always gets a great deal of attention. In general, the news this month is quite good—but not perfect.

Total job growth was 200,000 for January, while December was revised up from 148,000 to 160,000. This equates to a total add of 212,000, which was well above expectations of 180,000. Almost all of the growth came from private companies, which added 196,000 jobs in January. This number was up from an upwardly revised 166,000 gain in December and, again, well above expectations of 181,000. From a job growth perspective, this was quite a good report—suggesting that the expansion continues at a strong pace.

Other parts of the report, however, sent a more mixed set of messages. The average workweek, for example, declined from 34.5 hours in December to 34.3 hours in January. This difference may not seem like much. But in terms of aggregate labor demand (i.e., how much labor companies are using on an hourly basis), it equates to the equivalent of hundreds of thousands of jobs. Although it is not something to worry about immediately, it is a sign that labor demand may be less robust than the job numbers suggest.

Also in the good news/bad news category was wage growth. For January, wages were up 0.3 percent, above expectations of a 0.2-percent increase, while December was revised up from growth of 0.3 percent to 0.4 percent. Of course, this is good news for employees. But the even better news is that on an annual basis, wage growth rose to 2.9 percent, the highest level since the aftermath of the financial crisis in 2009. Best of all, signs indicate that wage growth is headed even higher later this year.

The bad news, however, is that this will hit company profit margins and could encourage the Fed and markets to push interest rates higher. With inflation starting to show signs of faster growth, this may be happening already.

Other signs of concern

Other signs of potential—but not current—concern include the labor participation rate, which seems to have hit an upper bound at around 63 percent and has been bouncing around somewhat below that. January’s number came in at 62.7 percent, stable for the fourth month in a row. This could be a sign that all of the workers available, or close to it, are now working.

Similarly, the unemployment rate has also been stable, at 4.1 percent, for four months after years of steady improvements. Plus, the underemployment rate actually ticked up, for the second month in a row, to 8.2 percent. These are still very healthy levels and indicative of a very strong labor market. But the fact that they have stopped improving may suggest that things won't get better from here.

As good as it gets

Make no mistake, this is a strong report and one that shows continued growth. At the same time, there are increasing signs that we are moving toward the end of the cycle. As good as this report is, it is very likely going to be as good as it gets.