Hope Versus Fundamentals: Scotland and the Stock Markets

and tagged Politics and the Economy, In the News 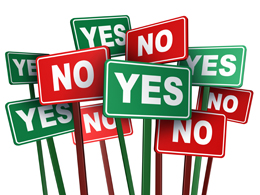 Okay, I admit it. Not only did I get up to check the numbers on the Scotland independence referendum every hour or so last night, but I also spent a few hours earlier in the evening arguing with friends about it. I’ve never been this personally engaged in a foreign political event.

I find it hard to explain why this is, even to myself. I come from a Scots-Irish background, so that may be one reason. Another reason is that I identify with the romantic, hopeful aspirations that drive the independence movement. I get it; I really do. The fight for independence represents, in many ways, what is best about the human spirit: the desire to make a better future for ourselves and our families. You can’t argue against the basic motivation here.

The problem with the Scotland independence referendum is that the economic fundamentals just were not there. The risks were real—and substantial—and the benefits mostly ill defined, emotional, and ethereal. Not unreal, just much more contingent than the costs. To vote for independence was to choose hope for the distant future versus fear for the immediate future.

In the end, the Scots voted that they should not be an independent country. I don’t think we have seen the last of this, but both sides have displayed an admirable commitment to moving on. The referendum has been an example of exactly how a disagreement like this should be settled. Both the Yes and the Better Together movements should be proud.

With the removal of the uncertainty that would have been created by a yes vote, markets are reacting positively and investors are moving back into risk assets. Make no mistake, though; investors by and large don’t make decisions on longer-term hope but on shorter-term fundamentals.

I think this is relevant in evaluating that fundamental of stock market investing—the efficient market hypothesis—which assumes that all investors are fully informed and rational. We just saw an example of a campaign in Scotland where all voters were put in the position of making a substantial economic (among other things, of course) decision. With public interest and enthusiasm pretty much as high as they have ever been, the level of research and thought have come as close as possible to meeting the efficient market criteria of fully informed and rational decision makers.

And yet, we still had a 45‒55 spilt. Clearly, views of the future can vary widely. Despite almost universal agreement among economists, and others, that Scottish independence would have substantial negative effects, almost half of voters still made a noneconomic decision.

I think this has real implications for how we understand investing. To say markets are reasonably priced—because the market is never wrong—is to assert that investors make decisions based solely on economic factors. For many, this may be true, but certainly not for all. Anyone investing on the basis that the market is rational and fully discounting risks should consider the results of the Scottish referendum, where almost half voted for hope instead.