Government to Banks: Step Further Back from the Edge 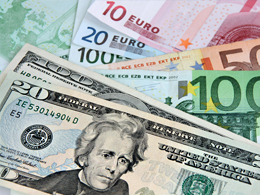 One of the real problems Europe faces, in my opinion, is that its banking system has never really acknowledged its problems and raised capital to the extent it should have.

The U.S. banking system, on the other hand, has raised substantial capital and pretty much restored itself to financial health—as the banks interpret it, anyway.

Tier 1 capital, the base that secures a bank's financial well-being, has risen from a low of 9.8 percent in 2008 to its current level of 13.2 percent, which is substantial progress. The larger banks are slightly below that, but still at strong levels.

Despite these improvements, however, the government isn't convinced the banks' capital cushion is fat enough.

Regulators continue to ramp up requirements

The difference is comparable to that between a flat tax (where you pay a certain percentage of income) and a graduated tax (which involves deductions and special rules). One version is simple and difficult to game, but may hit some institutions much harder in an unfair way. The other is more comprehensive and nuanced, but open to gaming and abuse. By going with the simpler and potentially harder rule, regulators intentionally limited the banks’ ability to interpret and manipulate the rules.

Building on the prior rule change, the Federal Reserve weighed in just today with an additional capital surcharge for big banks, dependent on their sources of funding. Banks that rely on short-term funding, which is riskiest and caused many of the problems in 2008, would have the highest additional charges.

Reduced risk, but at a cost

Many have complained that nothing has really been done to reduce risks in the aftermath of 2008. These recent moves by regulators are real, substantial steps that build on actions the banks have already taken. The new requirements will reduce risk, with positive systemic effects.

The costs, however, will also be real. Banks’ profitability will decline as their capital increases. It is very likely that banks will do some restructuring to eliminate less profitable lines of business, potentially slowing lending and the economy. There will be negative side effects, both specific to the banks and to the economy in general.

Overall, though, it should be worth it. I’ve written before about the proper target for regulation, noting that, by the mid-2000s, we had moved too far toward optimizing for growth and profitability, and away from optimizing for safety. This is a very reasonable step back toward the middle.

I don’t often say this, but the regulators deserve some credit for asking the banks to step even further back from the edge.