I’ve been saying for a while now that the employment market is approaching boom times, and the initial jobless claims number that came out yesterday backs me up. The number of people who filed new applications for unemployment insurance dropped to a 41-year low this past month, down to a level last seen in 1973. If you adjust for the size of the labor force, which is now much larger, the proportion of people making claims is at an all-time low.

We shouldn't put too much stock in a single month’s data, of course, but this is one more in a string of very favorable employment stats. Despite disappointing news in other areas of the economy, a look at recent employment trends offers reason for optimism.

As you can see in the chart below: 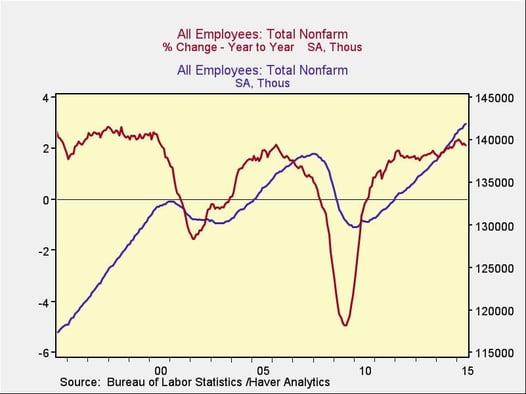 Full-time positions have largely recovered to the peak levels of 2007 (but not quite). Meanwhile, part-time jobs peaked during the crisis and have since been bouncing around the same level.

The next chart shows the year-on-year growth rates of both full-time and part-time jobs. For full-time jobs, the growth rate has increased steadily over the past couple of years and is approaching levels last seen in the mid-2000s and mid-1990s. Part-time jobs have been bouncing between growth and decline, also similar to their behavior during the middle portions of the past two decades. 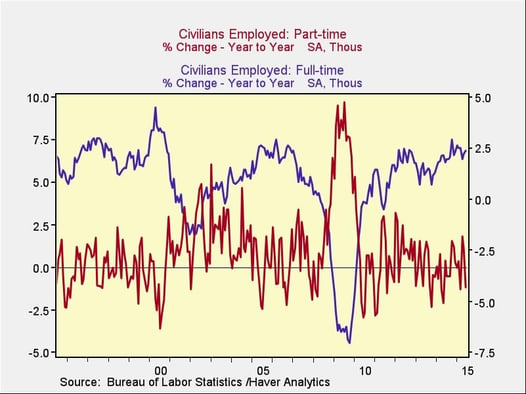 But are these good jobs? 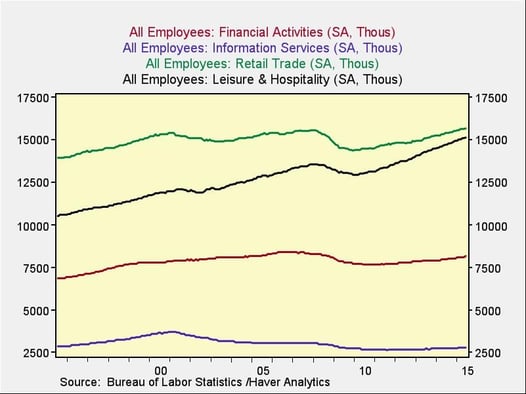 By looking at the rates of change in these sectors, shown in the following chart, we can see how they are likely to evolve in the near future. 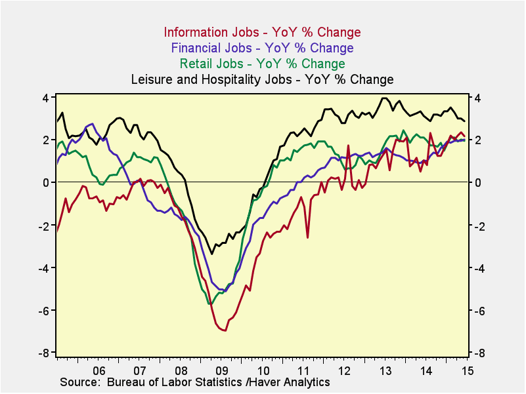 In other words, even though they haven’t caught up yet, the higher-paying sectors are quickly doing so.

As these trends show, the employment recovery is real, returning to the kind of growth we last saw in the mid-2000s and almost in line with that of the mid-1990s. The recovery isn’t complete just yet, but it’s getting very close.

The main issue is the proportion of part-time jobs to the total number of jobs. That (along with the fact that the higher-paid sectors are lagging the lower-paid sectors) may have something to do with the other major problem: the lack of wage growth. All in all, though, the mix of jobs is moving in the right direction, and there are signs that the wage growth issue is starting to improve.