Did the Fed Back Down? Not Quite 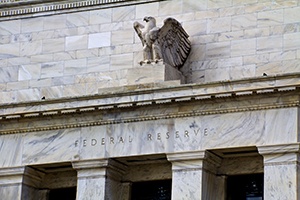 Well, as expected, the Fed did not raise rates yesterday. Further, it came out with what was perceived as a much more dovish statement than anticipated, essentially declaring a pause in rate increases. In response, markets cheered. Beyond that, the Fed issued a deliberately obscure piece on balance sheet normalization that, without making any commitments, stated that the Fed now expects to maintain an “ample supply of reserves.” Again, markets cheered.

Why were markets cheering?

To start, a pause in the federal funds rate increases means lower interest rates. This, in turn, makes stocks more attractive. That decision alone would have driven the market up. The statement that reserves would continue to be “ample” was interpreted as saying that policy would be looser there as well. In other words, the perceived takeaway was that when the markets (and the economy) weaken, the Powell Fed will step in, just as the Greenspan, Bernanke, and Yellen Feds did. The Yellen put is dead; long live the Powell put! That is why markets cheered. All good so far. But this interpretation is not quite fair, in my opinion, to the Fed.

Patience in rate increases makes sense, given the signs of a slowdown not just in the U.S. but worldwide—not to mention the undetermined damage from the government shutdown. The market may be overestimating just how patient the Fed will be if growth picks up again. Similarly, there is a good argument to keep a larger pool of reserves on the balance sheet now than historically, without it meaning policy is loosening. Note that the Fed did not state it was backing off on the actual quantitative tightening. It simply said it would keep enough reserves to make interest rates the primary tool. If you think about it, this approach is common sense.

The market tends to hear what it wants to, rather than what is really being said. So far, what the Fed has said is that it is being patient with rates and intends to keep them as the primary tool of monetary policy. It did not say that policy will be loosening. What the market heard may not have been what the Fed intended to say.

But that is not the message I got. The Fed, from the commentary, still thinks the economy is doing just fine. “The labor market has continued to strengthen” and “economic activity has been rising at a solid rate” are in the first paragraph of the statement. In the second paragraph, it reads, “the Committee continues to view sustained expansion of economic activity [and] strong labor market conditions  . . . as the most likely outcomes.” This is not a statement that is predicting a serious slowdown.

As I said yesterday, what really mattered in the Fed data was whether it decided to loosen policy or not. It didn’t. It will do so, the Fed says, if the data warrants it—but right now it doesn’t. At the end of the day, that is both what the Fed should say and what it has been saying all along.