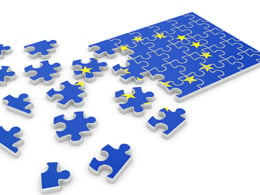 I woke up early this morning to check the results of the British referendum on leaving the European Union. Against expectations, the Leave vote won a convincing victory, defying the polls and the prediction markets.

There’s no doubt the world has changed, significantly. There is considerable doubt about what that actually means and—more immediately—what to do about it.

What does Brexit mean for investors?

I think we have to parse this result on two levels: geography and time.

Britain, of course, will be most affected. By taking themselves out of the EU, the Brits have knocked the pound down to where it was in the 1980s, which will drive inflation higher. They have also created uncertainty about future trade relationships, which will hurt their economic growth, and collectively enraged much of the European elite. This will be years in sorting out—and will likely act as a headwind to British growth the whole time.

Europe should also feel an impact. The U.K. has been a significant part of the EU economy and a consistent voice for more free-market policies. It was the most credible military power in the EU as well, and its departure will leave France as the lone effective EU military force. From a political perspective, the departure of the U.K .also introduces, for the first time, the prospect of a real EU breakup. One of the main drivers to keep Greece in the EU in 2011 was to avoid the precedent of a country leaving. Like it or not, the precedent has been set.

For the U.S., direct effects are likely to be small. The U.K. accounts for less than 3 percent of S&P 500 revenues, meaning any direct impact to corporate earnings should be limited. Europe makes up a larger percentage, but as noted, the effects there are likely to be smaller as well. The real impacts will be indirect. The dollar, for example, is strengthening as I write this, which will continue to hurt U.S. exports. At the same time, however, it is still within the recent range, which means very little may actually change.

For U.S. investors, the direct effects are likely to be small and the indirect effects limited (and, in many ways, already priced in). What we need to consider is how this plays out over time.

Most investors are interested in their long-term goals. If you are a trader, short-term results are paramount, and you’d better already have your bets in place. For longer-term investors, though, the immediate reaction is less relevant, as we have seen over and over again. Markets are down around the world as I write this, between 7 percent and 8 percent in Europe, and U.S. futures are down between 3 percent and 4 percent.

Should we be worried? No more than usual

We are seeing a decline in confidence, and it could get worse. Economic indicators here in the U.S. are weakening. There are certainly grounds for concern. The indicators that matter most, however, suggest that U.S. fundamentals remain sound, and that any downside here is likely to be limited and relatively short lived.

At the moment, the only thing that's really changed is an increase in uncertainty. Although the U.K. has indeed voted to leave, we don’t know what that means yet, and markets are trading on fear of the worst case. Britain has already announced that it does not plan to start the exit process for some months yet, and it remains in the EU until that process is complete.

Even though everything has changed, nothing has actually changed yet. As they start to realize how long the process is likely to take, markets should gradually settle down into a new normal, as they always do.

If history is any guide, the fuss will die down soon enough

Looking at Brexit in the context of past crises—the Asian financial crisis of 1998, or even 2008—it actually doesn’t look so bad. The British-EU relationship has simply transitioned from one set of negotiations to another. In shades of 2011, Britain has to set up new trade agreements, and there’s a lot of bad blood in the EU. Five years on, most people remember there were problems in 2011, but few recall the details.

I didn't expect Brexit to pass, but I did expect volatility if I turned out to be wrong, and that's what we are now seeing. The question is whether short-term volatility will extend into something much worse. It certainly could, especially in Britain itself. But for the U.S., the volatility is likely to be much less worrying. For longer-term investors, these declines are not worth fretting about and, in fact, can be buying opportunities.

I suspect that, in a year or two, we will look back and wonder what all the fuss was about. I am quite certain that, five years from now, that will indeed be the case. For most investors, the biggest risk is overreacting to short-term noise.