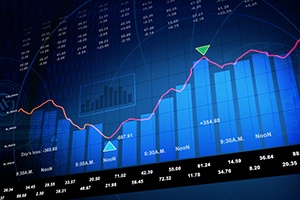 Brad here. Today, Nick Follett, manager of fixed income on our Investment Management and Research team, is here to discuss what's happening with bonds and the fixed income market. Over to you, Nick!

About one month ago, the bond market broke. Equities were down, as was fixed income—at exactly the time when you would expect and need it to be up. The 10-year U.S. Treasury, which started the year at 1.90 percent, fell from 1.10 percent (on March 2) to 54 basis points (bps) just one week later. There were concerns about every aspect of the financial system, from money market funds to the system itself. Indiscriminate selling forced down all fixed income classes as even the most liquid Treasuries, municipal bonds, and investment-grade corporates saw few if any buyers for the inordinate number of sellers.

In the weeks that followed, the Fed made unprecedented decisions and rewrote the rules to ensure that markets could function properly. While we take a moment to catch our collective breath, let’s look around and see where the market is and where it’s possibly going.

Like “too big to fail” during the global financial crisis, “follow the Fed” is an early contender for the phrase most likely to capture the sentiment of the current market environment. The concept goes like this: if the Fed is going to embark on a massive purchasing program, then simply buying the same assets as the Fed does will have the explicit backstop of the central bank’s purse strings. The good news is that the Fed has told us what it’s going to buy, from the ordinary (Treasuries, agency mortgages) to the extraordinary (investment-grade individual corporate bonds, corporate bond ETFs). It further expanded the program to include not only “fallen angels” (i.e., former investment-grade corporate bonds that have been downgraded because of the knock-on economic impact of the coronavirus) but also high-yield ETFs. The idea was to infuse the market with liquidity, and it certainly has worked.

Over the past month, the benchmark index for fixed income has rallied about 4.5 percent. By listing specifically what it is going to buy, the Fed has also implicitly listed what it won’t buy. Among those asset classes are high-yield municipal bonds (munis), bank loans, and nonagency mortgages. Funds holding these securities are typically lagging the peer group.

One of the hardest-hit sectors—perhaps most unexpectedly—was munis. After selling off with the rest of the fixed income market, munis rallied back thanks to relatively cheap valuations that enticed crossover buyers who weren’t concerned with the tax-exempt status. That situation abruptly changed when Senate Majority Leader Mitch McConnell suggested that states shouldn’t be bailed out but, rather, be allowed to file for bankruptcy proceedings. While it’s extraordinarily unlikely that this proposal will happen, it did cause turmoil in the markets and spooked an already rattled investor base. Tax receipts would decrease, and unemployment benefits would have to be paid out on an unprecedented level. But introducing bankruptcy as a possibility is merely a headline risk rather than an actual probability.

So, where are we now?

The precipitous drop in the 10-year Treasury (leading to outperformance in quality assets) is unlikely to happen a second time. And with the Fed now purchasing corporate bonds, the additional yield provided has begun to tighten. The income component of fixed income is coming under stress, but it seems bonds are poised to act as the shock absorber should there be another drop in the equities market. With rates low and spreads tight, the ultimate value in bonds may be to act as a ballast for the overall portfolio. In other words, bonds should get back to being bonds.

Even if we get back to some sort of normal in the markets, it’s possible it won’t be all smooth sailing for fixed income. Although the Fed is going to buy high-yield bonds, there will still likely be a wave of defaults. Oil is trading at record lows. Energy represents a small portion of the high-yield bond space, but it likely won’t be isolated to just that segment in this environment. In the corporate space, with companies pulling back their earnings guidance, it’s hard to see how many corporations will be able to service their debt. Preferred stocks are dominated by financial companies. During earnings calls last week, the common theme among banks was increased credit provisions. Even mortgages and Treasuries could face headwinds. Last week, about 7 percent of borrowers entered mortgage forbearance plans (i.e., they are skipping payments), and there’s very little clarity with the details of a relief plan directed at homeowners. And while Treasuries have been range bound over the past several weeks, with such low yields, a 10 bp move could result in severe volatility within a fund.

There are certainly questions about the fixed income market environment, but there’s also some good news. Bonds sold off because of a technical trade, not a fundamental one. The bonds were good; liquidity was absent. The Fed’s overwhelming response in March has put the major concerns to the sidelines. So, while it’s important to be cognizant of the possible risks going forward, many of the biggest threats have already been addressed.