A Deeper Look at Politics and Populism 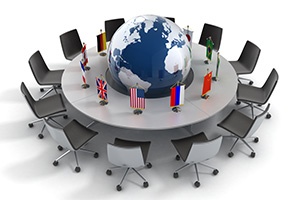 There’s a lot of political turmoil around the world—here in the U.S. certainly, but also in Europe, Asia, and the Middle East. Much of it seems to involve at least some rise in populist ideas. I’ve been doing a lot of reading and thinking, trying to get a sense of the big picture, where these trends are coming from, and where they might be taking us. Today, I’m sharing my thoughts, along with a couple of white papers that I found both interesting and helpful.

The rise of populism

To start, let’s consider where populism comes from. Populism takes root when a large portion of the population believes that the system is broken and needs to be changed. Big changes necessarily involve big risks, and the population at large understands that. As a result, people have to be very convinced, over an extended time period, of the broken system before they actually act as a group.

Looking at the lower-income tranches of U.S. society, you can clearly see that purchasing power, and the ability to afford the American dream, has been eroding for decades. The losses were papered over—literally—for many years with higher levels of borrowing, especially for housing. The 2008 financial crisis put an end to that. For many people, the current system means that they and their kids simply won’t be able to aspire to the life they want. That kind of conclusion, when reached by enough people, leads to the decision that the system has to change, regardless of the risks. And that’s where we find ourselves here in the U.S.—and elsewhere in the world.

When have we seen populism before? As always, it’s possible to learn from our past. Bridgewater Associates, a hedge fund, has published an excellent historical survey of past populist episodes around the world on its website. Although there are many obvious differences among these episodes, there are also many similarities. For me, what rings most true is the discussion of FDR and the Depression, which I will come back to in a minute. Also interesting is the review of Andrew Jackson’s presidency, given President Trump’s known affinity.

History does indeed seem to be setting itself up to rhyme. The big takeaway here is that, politically, there is a real resemblance between now and the 1930s. The populism index, developed by Bridgewater, is at levels we haven’t seen since then. Perhaps more worrying, it has spiked even faster now than it did then.

What does this mean for the future?

The question, looking forward, is, What does this mean for the future? Given the suddenness of the populism spike, it seems possible that it could die down again. This would be consistent with recent election results in Europe and at least not inconsistent with U.S. politics right now. Even if it were to diffuse, however, the underlying problems won’t go away, and they will certainly show up again in the political arena. Those underlying economic problems will need to be solved if we want to go back to something resembling politics as usual.

So, how do we solve those problems? Or, from an investment perspective, what policies need to be changed in order to solve the problems—and what will that mean for our investments? If you do what you always do, you get what you always get. So, we as a society have to do something different, and we as investors have to try to anticipate and react to the consequences.

I will talk about this tomorrow. For now, I’ll leave you with one of the more interesting takes I’ve seen on this topic: a white paper from James Montier and Philip Pilkington of GMO. I don’t necessarily agree with either their diagnosis or their conclusions, but the authors make some good points. Interestingly, many of their arguments are more often associated with the left, but they approach their discussion from a more traditional economic perspective and still reach the same conclusions. This research also resembles many of the policy discussions from the 1930s, which we’ll review tomorrow.