Despite turbulence, a strong September and third quarter

Despite economic and political turmoil, markets performed well across the board in September, with almost all asset classes showing strong returns, reversing many of August’s losses. This also resulted in positive overall quarterly performance.

Markets rallied early in September but dropped back somewhat toward month-end, as the Federal Reserve (Fed) and U.S. Congress introduced more uncertainty into the picture. The S&P 500 Index returned 3.14 percent in September, which was better than the 2.27-percent return for the Dow Jones Industrial Average, though below that of the Nasdaq, which rose 5.06 percent.

From a technical perspective, the strong start to the month brought the market back above technical support levels, and the S&P 500 stayed above its 50-day moving average despite the month-end drawdown.

Fixed income also had a strong September, with the Barclays Capital Aggregate Bond Index posting a return of 0.95 percent for the month and 0.57 percent for the quarter. Year-to-date returns are still negative, due to the increase in interest rates; however, prices benefited from a recent drop in rates after the Fed announced its decision not to reduce its bond-buying program (see chart).

An End to Tapering Rumors Stemmed the Tide of Rising Rates 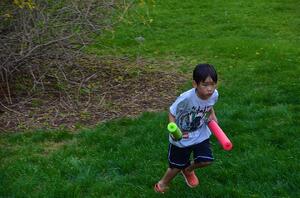 Strength in the real economy continues

The rise in equity markets was driven in part by improvement in the real economy. The unemployment rate ticked down from 7.4 percent to 7.3 percent in August, despite a weaker-than-expected new jobs report, and average hours worked also increased. These factors, along with a rise in average wages, combined to increase real disposable income by the largest amount since March of this year, enabling consumers to spend more.

Part of what drove the overall improvement in the U.S. was manufacturing, which benefited from increased exports. Housing continued to do well, and rising prices—up 12.4 percent year-over-year in July for existing homes—created a positive wealth effect for homeowners. Consumer confidence reports were also up at the end of September, as were leading economic indicators.

Better economic trends notwithstanding, the primary market movers in September were the Fed and the federal government. Against expectations, the Fed decided not to start reducing the bond-buying program it had implemented to keep interest rates low and stimulate the economy. Markets initially celebrated the continuation of the stimulus program, but they reversed on worries that the economy might be weaker than anticipated. These declines segued into further selling because of concerns about the potential government shutdown, which did indeed occur on October 1. Pending debt ceiling negotiations also moved into focus as a risk.

Although the month and quarter were good to investors, the turbulence in markets and politics at quarter-end was due to unusual uncertainty. Much of the hard-won stability and slow-but-steady recovery of the economies around the world appeared to be at risk because of irresponsible political leadership.

The damage certainly could be noteworthy, but the probability is that a resolution will be found at some point. We have been here before and gotten through. It is therefore important to monitor the situation, but not to overreact. Longer term, the U.S. economic recovery continues, and any damage will hopefully be contained to the short term. Investors should maintain a diversified portfolio appropriate to their risk tolerance and time horizon, rebalancing opportunistically.

Disclosure: Certain sections of this commentary contain forward-looking statements that are based on our reasonable expectations, estimates, projections, and assumptions. Forward-looking statements are not guarantees of future performance and involve certain risks and uncertainties, which are difficult to predict. Past performance is not indicative of future results. Diversification does not assure a profit or protect against loss in declining markets. All indices are unmanaged and investors cannot invest directly into an index. The S&P 500 Index is a broad-based measurement of changes in stock market conditions based on the average performance of 500 widely held common stocks. The Dow Jones Industrial Average is a price-weighted average of 30 actively traded blue-chip stocks.The Nasdaq Composite Index measures the performance of all issues listed in the Nasdaq Stock Market, except for rights, warrants, units, and convertible debentures. The MSCI EAFE Index is a float-adjusted market capitalization index designed to measure developed market equity performance, excluding the U.S. and Canada. The MSCI Emerging Markets Index is a market capitalization-weighted index composed of companies representative of the market structure of 26 emerging market countries in Europe, Latin America, and the Pacific Basin. It excludes closed markets and those shares in otherwise free markets that are not purchasable by foreigners. The Barclays Capital Aggregate Bond Index is an unmanaged market value-weighted index representing securities that are SEC-registered, taxable, and dollar-denominated. It covers the U.S. investment-grade fixed-rate bond market, with index components for a combination of the Barclays Capital government and corporate securities, mortgage-backed pass-through securities, and asset-backed securities.