No Cash, No Carry: The Demonetization of the Indian Economy 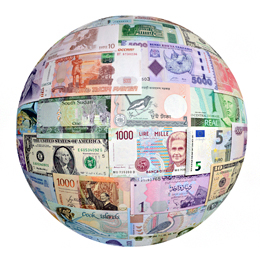 On November 8, a major event shook the world of hundreds of millions of people. And no, I’m not talking about the U.S. election. The event I’m referring to is the decision by the Indian government to invalidate most of its own currency. It is hard to think of a U.S. equivalent, but here’s a start: imagine the government taking over all the banks and citizens having to bring in their old statements to the new state-run bank to get them validated. Imagine having to prove where your money came from and that you paid taxes on it. This is the reality in India now.

Anu Gaggar, of Commonwealth’s Investment Research group, was actually in India when this happened, and I asked her to write an account of what she saw. She has done a wonderful job, and I’m sure you will enjoy this as much—and find it as enlightening—as I did. — Brad

November 8, 2016, is a day that most people in two of the world’s largest democracies won’t forget in a hurry. As the U.S. was getting ready to elect one of the most controversial candidates in recent history, the ruling prime minister of India, Narendra Modi, abolished two of the country's most widely used currency notes and (within four hours of the announcement) introduced two new notes to replace them. With one stroke of the brush, 86 percent of the currency in circulation in the Indian economy was rendered invalid.

Mayhem broke out overnight, as cash is used for 98 percent of all consumer transactions in India. Old currency could be deposited in bank accounts through the end of the year. If, however, it was determined that appropriate taxes had not been paid on those funds, the depositor would be responsible for paying the taxes, plus a 200-percent penalty.

Why did Modi initiate this massive change?

The prime minister had noble intentions in making this bold move. By demonetizing India’s two largest-denomination currency notes, the government is taking a big step toward a cashless economy while attempting to reduce corruption, increase the tax base, flush out counterfeit notes that also finance terrorist activities, and contain the massive black economy, which accounts for nearly 40 percent of India’s GDP, by some estimates.

Debates have raged in the past month about this move’s efficacy, its implementation, and the political future of the Indian prime minister. Based on my travels across the country during the three weeks immediately following the decision, and interactions with people in different walks of life, I can attest that it will have a very big impact on citizens’ daily lives. What surprised me was that, despite all the hardship, not many were questioning the motives of the government or evidently upset with the prime minister.

My observations: lessons in economics and human behavior

This trip was indeed a once-in-a-lifetime learning experience for me, not just in economics but also in human behavior. In the four-hour window between the announcement and the formal demonetization of the 500- and 1,000-rupee bills, people reacted on an adrenaline rush. They were glued to their television sets, wondering if this was for real. At gas stations, they lined up to spend at least some of their currency notes. Most stores were closed by that time, but some of the mega-stores that were still open announced that they would remain open until midnight, the official time of withdrawal of the old currency notes. You could see people queuing up for those big purchases they’d been planning for, as well as some that hadn’t been in the cards until now.

Even more interesting was witnessing the ingenuity of the human mind as it tries to find ways around every new rule that is enacted. Overnight, the price of gold in the black market increased by more than 40 percent as some tried to convert cash into the yellow metal. Services sprang up to convert old currency to new for a 20-percent commission.

As the next day dawned, it started to become evident that, despite his good intentions, the prime minister could have done a better job implementing the change. According to the new rules, people could withdraw 2,000 rupees (equivalent to nearly $30) per day from ATMs and banks, which was eventually raised to 24,000 rupees per week. But the banks and ATMs did not have enough of the new bills or the smaller-denomination currencies, and the ATMs weren’t calibrated for the change. Long queues formed outside banks and ATMs, angering the citizens and hampering productivity.

Bear in mind, this was an option only for those with a bank account. Despite a previous digitization effort, which resulted in nearly 300 million new accounts being opened, a good part of the Indian population still keeps cash under their mattresses. Without cash to transact business with, most of the cash-based economy came to a standstill, and sales fell by as much as 70 percent for some small businesses. Many daily wage earners lost their jobs.

Of course, when a change like this is attempted on such a large scale, massive resistance and stealthy attempts to circumvent (or profit from) it are to be expected. To the credit of the prime minister and his team, most of the holes were plugged as they appeared. Exceptions were given to economically weaker participants, softening the blow to their livelihoods.

For example, demonstrating how connected he is with the true fiber of India, Modi made an exception for housewives, who could deposit up to 250,000 rupees in their bank accounts without having to provide evidence of a source. It is common for Indian women to save from their monthly budgets and stash the cash away for future discretionary expenses or rainy day needs, quite often without the knowledge of their spouses. Modi did not want the women to be penalized for their frugal habits or provoke household conflicts when the husbands found out about the potentially unusable cash lying around the house.

Looking ahead: opportunities for economic growth

Undoubtedly, the demonetization will have a huge impact on the near-term growth of the fastest-growing economy in the world. By some estimates, this experiment could shave nearly 50 percent from India's GDP growth expectation of 7.5 percent. But such bold steps are sometimes necessary for an economy's longer-term growth and for the stability of a country. Also, it may be easier for the country to survive this change when it is growing at 7.5 percent rather than if it were growing at, say, 2.5 percent.

Economists and international investors sometimes do not fully appreciate the resilience and survival instincts of businesses and citizens in emerging economies. In the weeks after the demonetization, businesses have introduced cash withdrawal service at POS terminals so their customers do not need to stand in long lines at the banks to access cash. Some businesses and individuals have resorted to bartering as a temporary mode of conducting business. Credit card usage and mobile banking has increased multifold.

Will this massive undertaking free the country from the clutches of the black economy, or push it deeper into the abyss of bureaucracy and open new avenues for corruption? Only time will tell. The hope is that—when things stabilize in a few quarters and a good chunk of the cash from the parallel economy and Indian households is channeled into the banking sector—companies, households, and the economy will experience incremental growth.