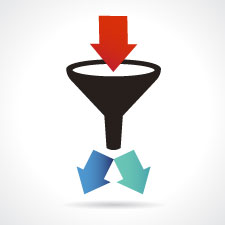 So, what does the single distribution rule on qualified plan rollovers mean for your clients? Here, I'll summarize what you and your clients need to know, including possible tax advantages and some planning pitfalls.

"Cream in the Coffee"

When after-tax contributions are made to a tax-deferred qualified plan, distributions from that plan naturally include both pretax and after-tax dollars (a blend of cream and coffee). Under the previous rule, each account receiving a qualified retirement plan distribution would be considered separately and include a pro rata portion of both the pretax and after-tax amounts. The plan participant could not, say, choose to roll the pretax amount to a traditional IRA and the after-tax amount to a Roth IRA.

For years, advisors have wanted to separate the cream from the coffee. That way, pretax money could be rolled over to a traditional IRA and after-tax money rolled over to a Roth IRA as a tax-free conversion. Well, now you can do just that.

Notice 2014-54 provides the guidance you may need to help your clients avoid paying up-front taxes on rollovers containing both pretax and after-tax amounts:

In theory, pretax and after-tax distributions from a qualified plan can be allocated to any type of retirement account. The most beneficial strategy, however, is to allocate pretax money to an IRA rollover and, at the same time, allocate the after-tax portion to a Roth IRA: 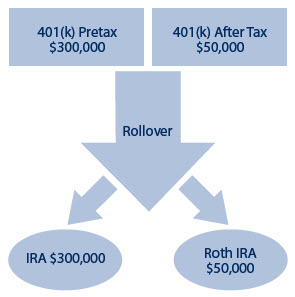 To benefit from this rule, individuals and their employer-sponsored plans must meet the following requirements.

If your clients meet these requirements, the ability to allocate pretax and after-tax amounts in rollovers from qualified plans can provide tax planning advantages. But, of course, there are some downsides.

1) Tax on early distributions. An employee who chooses to roll over a qualified plan to an IRA will lose the penalty-free early distribution option that is available to 401(k) plan participants who separate from service between ages 55 and 59½ (Publication 560, "Tax on Early Distributions").

2) Required minimum distributions (RMDs). The IRS requires individuals to begin taking RMDs the year in which they turn 70½. For 401(k), profit-sharing, 403(b), or other defined contribution plans, however, individuals can defer RMDs until April 1 following the later of the calendar year in which they reach age 70½ or the calendar year in which they retire, as long as the plan terms allow for it and they are not a 5-percent owner. Those who roll over the pretax and after-tax amounts in their plan to an IRA will be subject to RMD rules at age 70½, regardless of whether they are still working.

Considering all of this, the most important takeaway is the ability for clients with both pretax and after-tax money in their qualified plans to allocate the two portions of distributions to different retirement accounts.

Although this new rule presents more flexible retirement planning solutions, it will likely benefit higher-earning individuals who have sufficient income to make after-tax contributions over and above the pretax plan limit.

It's All About Planning

This new rule can be tricky. Be sure to contact the plan administrator and inform him or her of the pretax and after-tax allocation before requesting a direct rollover. Your pro rata calculations may be dependent on whether the plan administrator uses separate or sub-account accounting methods for elective deferrals and after-tax contributions and earnings. In short, if you have clients interested in this option, be sure to plan carefully (as always) and consider any potential pitfalls before moving forward.

Has the single distribution rule on qualified plan rollovers affected your clients' retirement planning? Have you been able to use this rule to their advantage? Please share your thoughts with us below.