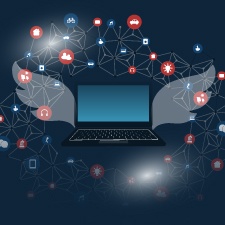 Integration has long been considered the holy grail on a financial advisor’s desktop—and for good reason. Integrated technology can improve efficiency (read: scalability) and help you maintain a high level of service for your clients. Still, there are two interesting truths to keep in mind when thinking about the role of integrated technology in financial services: integration means different things to different people, and integration is never complete.

Any industry publication will tell you that some broker/dealer or technology company is at the forefront of integration or offers a “fully" integrated solution. Really? Here at Commonwealth, my role as managing principal, innovation and strategy, requires me to have a solid understanding of available solutions in the fintech space, how they work, and whether they help advisors fill an unmet need. And while I believe that Commonwealth has built a more integrated system than almost any company in financial services, I have yet to find a fully integrated solution, including ours. Why?

Integration Is a Work in Progress

This is true in every industry, not just ours. Take the example of car manufacturers, which are trying to integrate more Internet-based apps and functionality into their vehicles. At some point—perhaps in the not-too-distant future—each time you drive up to the window at Starbucks or Dunkin’ Donuts, your car will know who is with you, along with their preferred drinks. It will then connect to the coffee shop, place the order, and pay with whatever payment preference you have on file, all while making sure that your loyalty reward card is properly credited. This is just one illustration of the millions of integration points being worked on at this moment across all industries.

The Internet of Things

The move toward total integration is part of what’s known as the “Internet of Things” (IoT). The IoT refers to how almost every single electronic item that we use on a daily basis will connect to us, to other electronic devices, and to commerce. The rise of inexpensive electronic components, as well as ubiquitous high-speed Internet, is paving the way for a more automated future.

Just look at tablet computers, which were considered a luxury item when they first burst onto the scene. Now, they’re practically disposable. Have a cracked screen? No problem! Just throw out your tablet and get a new one. It’s probably cheaper than fixing it. That’s how far we’ve come. What was once considered a thing of science fiction has now morphed into science nonfiction.

The Age of Convenience

Integration has also helped us push the limits on personal and business productivity, giving rise to the “convenience” age of integration and the IoT. Here’s just one example: Purchased by Google in 2014, the Nest thermostat probably knows more about your location than your significant other! It knows when you’re away, when you’re on your way home, and when to turn on your heat or air conditioning at just the right time to save you money while ensuring that you’ll feel comfortable the moment you step into your house. Change the thermostat manually often? Nest learns your patterns and starts to make adjustments before you do.

We’re seeing trends like this in business as well, with innovations such as printers that automatically order ink when it’s getting low and voice over IP systems that smart route to cell phones or remote receptionist vendors.

All of these things point to something I’ve come to think of as “perfect” technology: technology that you don’t have to actively use. Instead, it’s constantly working in the background and knows what to do for you and when.

Clearly, the benefits of device interconnectivity are very real, but what’s the cost? The 2016 distributed denial-of-service (DDoS) attack comes to mind.

The attack targeted a company named Dyn, which offers Domain Name System (DNS) services. DNS services translate the web addresses we see every day (e.g., https://www.commonwealth.com) into the IP addresses (i.e., numbers) needed to find and connect with the right servers, so browsers can deliver requested content. A DDoS attack overwhelms a DNS server with millions of lookup requests at once, rendering it incapable of completing any request.

In a nutshell, an attacker can take out the entire Internet for any end user whose DNS requests route through a given server. To orchestrate this attack, viruses were installed on unpatched devices that people simply don’t think of as “computers.” The thermostats I mentioned above were part of the electronic zombie armies that perpetrated the attack, as were refrigerators, DVRs, TVs, web cameras, and even wireless printers.

In almost all of these devices, users can go into the settings menu and check to see whether a “firmware” update is available—these updates often have both security- and performance-related enhancements baked into them. Unfortunately, some manufacturers don’t care about patching firmware, even when their devices have known vulnerabilities; they just move on to the next generation of devices.

One important lesson here: Check your Internet-enabled devices for firmware updates at least a few times a year. The benefits gained likely outweigh the downsides, and reputable manufacturers are more likely to maintain their hardware with security patches for years after purchase.

Looking beyond integration, will the world even need people for commerce? There are already programs writing programs (PwP), meaning that code is being developed without any human intervention (other than the person who writes the initial code). Plus, artificial intelligence (AI) continues to progress at a steady pace and the ubiquitous Internet is connecting even the most remote areas of the globe. Given all of this, I suspect there will come a time when you and I are no longer needed for the services that we currently provide.

The good news? AI is not likely to take over the jobs that we perform anytime soon. But what is in our near future is the next evolution of integration: unification. We can debate what led Apple to rise from bankruptcy to the world’s most valuable company one decade later. My take is that Apple took integration to the next level, creating a unified experience across devices and programs—iPods, iPhones, iPads, and iMacs all working with similar interfaces. This drove user adoption, as people were less intimidated by the technology because it all looked and worked the same way, substantially reducing the learning curve.

In Pursuit of the Holy Grail

In 2003, when Commonwealth rolled out householding to advisors—setting the stage for our release of Client360°® (our comprehensive technology platform) in 2004—we envisioned a system that would not just pull accounts into a household model, but would also pull all systems together into one distinct advisor application where all functionality looked and felt the same. Over the past decade, we’ve integrated all the major systems that our advisors need to run their businesses and serve clients into that platform (e.g., CRM, proposals, and operations).

More important, we’ve built a truly unified system that makes advisors’ lives better by reducing the time it takes to get up to speed with all of Commonwealth’s tools and therefore helping their businesses drive the technology adoption that creates value and saves time. Is this the holy grail? Maybe not. But in the end, technology is all about providing scale, saving time, and making life just a little more convenient—and we believe our unified system helps advisors do just that.

What’s your favorite example of integrated technology? How does it save you time? Make you more efficient? Share your experiences with us below!