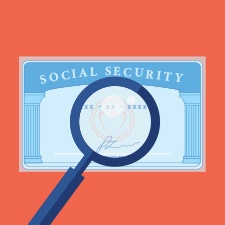 The Bipartisan Budget Act of 2015 made significant changes to the way certain retirees can claim social security benefits. Specifically, new limitations were put in place to close existing loopholes. As a result, recent retirees will see the biggest impact, as many popular claiming strategies have been limited or eliminated altogether.

Here, we’ll take a closer look at the major social security rule changes, as well as their impact on three groups of clients who may have been most affected by this legislation.

Group one is composed of married couples in which one spouse reached full retirement age prior to April 30, 2016, and the other was age 62 by the end of calendar year 2015. This group had the opportunity to preserve the old claiming strategies, but they had to act before the deadline of April 30, 2016.

Obviously, this deadline has since passed. So if your clients fit this profile and missed the deadline, they will fall under the rules for group 2.

The second group consists of married clients who reached age 62 prior to January 2, 2016. Clients who find themselves in this group may still act to voluntarily suspend monthly benefits at full retirement age, even if they have already begun receiving payments. What has changed under the new law? Any benefit also payable on the suspended record, such as spousal benefits, will also be suspended. According to the Social Security Administration, these changes were implemented to eliminate the ability to receive one benefit while at the same time receive a bonus for delaying the other benefit.

James (age 70) and Tina (age 66) have recently retired after successful high-income careers. James delayed claiming benefits until his 70th birthday. Once James has filed to receive benefits, Tina may file a restricted application for spousal benefits only. She will receive 50 percent of James’s full retirement age benefit for the next four years. In the meantime, Tina’s worker benefit is accruing delayed credits in the amount of 8 percent per year. When she turns age 70, she will switch over to benefits on her own record, provided they are higher than are her spousal benefits.

The final group is made up of clients who turned age 62 on or after January 2, 2016. The major change affecting these younger clients is the expansion of the “deemed filing rule.” When an individual applies for benefits, he or she is deemed to be filing for all benefits to which he or she would be currently entitled and will receive the highest option. For clients who find themselves part of this group, the days of choosing the timing of multiple benefits are behind them.

Exceptions to the rule. It is important to note that exceptions have been carved out for survivor benefits and divorced spousal benefits. The deemed filing rule does not apply to survivor benefits, and a divorced spouse can continue to receive benefits off an ex-spouse’s record even if that person has suspended his or her own benefit. Furthermore, deemed filing does not apply to those receiving spousal benefits who are also independently entitled to disability benefits or benefits for caring for the retiree’s child.

Of course, the implementation date for the first phase of changes has since come and gone. We are now working in an entirely new system of social security. Although it does change the way married couples are thinking about their benefits, it may have a positive and lasting impact on the strength of the overall system. Going forward, you may want to consider identifying which of the two remaining groups your clients fit into, as educating your clients on claiming strategies under the new rules is as important as ever for their long-term financial health.

How have these rule changes affected your clients? Please share your thoughts with us below.