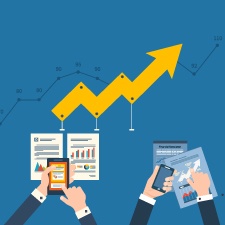 As an advisor, part of your value proposition is educating your clients on financial planning strategies that they may be unfamiliar with but that could benefit their long-term financial picture. Occasionally, some of these strategies may also be foreign to you! One prime example is the net unrealized appreciation tax strategy (also known as NUA).

Here, I’ll break down how the NUA strategy works; how your clients will be taxed; and, using a case study, how you might implement this strategy for your clients.

How Does the NUA Strategy Work?

By definition, NUA is the difference in value between the average cost basis of shares and the current market value of the shares held in a tax-deferred account. It presents a planning opportunity for your clients when used as part of an NUA tax strategy.

The NUA strategy is available to qualified plan participants who own their company’s stock inside their qualified plan. When your client takes a lump-sum distribution from his or her qualified account, he or she may elect to move the NUA-eligible stock (which can be some or all of the employer stock) to a nonqualified account and receive special tax treatment, while rolling the remainder of the assets to a rollover IRA. The client’s basis in the company stock will immediately be taxed at ordinary income levels, but any growth will be taxed at the lower capital gains rate.

What Are the Guidelines?

As with most financial plans that involve limiting your client's tax exposure, there are strict guidelines that must be followed when implementing the NUA strategy:

Here, it’s important to note that the above requirements address the basics of NUA eligibility. Encourage your clients to consult with a tax advisor when contemplating this strategy, as there are additional complexities to the rules that are beyond the scope of this post.

How Will Your Client Be Taxed?

The client’s tax on NUA stock can be broken into three components:

The Case of Cassidy Client

Let’s look at an example to help illustrate everything we’ve discussed thus far.

Nine months after Cassidy’s NUA distribution, the FMV of Super Corp. is $100 per share, and Cassidy sells 500 shares for total proceeds of $50,000.

After another nine months (i.e., a year and a half from Cassidy’s original NUA election), the FMV of Super Corp. is $125 per share, and Cassidy sells the remaining 500 shares for total proceeds of $62,500.

Over the time that Cassidy held the shares, here’s a breakdown of what she paid:

Assuming a 25-percent marginal income tax rate and a 15-percent capital gains tax rate, Cassidy would have paid the following:

What if, instead, Cassidy had rolled these shares into an IRA and then sold the shares and distributed the proceeds in the same way she did above? She would have paid:

Of course, there are several factors to consider before implementing this strategy. Generally speaking, those clients who have highly appreciated employer securities with a low cost basis may benefit from the NUA strategy. And the higher the income tax bracket, the greater the benefit.

If your client has a particularly high tax year, however, he or she may not be willing to take on the additional income tax burden of an NUA strategy. Likewise, if the client does not have available cash to pay for the income tax, NUA may not be an option. Further, it may not be ideal when a client has a high basis in his or her employer stock or if the value of the stock has fallen below the client’s basis. Finally, the client may have other planning needs to consider (e.g., bankruptcy protection) that weigh in favor of moving the assets to an IRA rather than to a taxable account.

Bottom line? While this strategy may be appropriate for many clients, it is important to look at the client’s full tax picture when making the decision to elect NUA.

Have you successfully used the NUA strategy with your clients? Do you have an effective method for explaining this option? Please share your thoughts with us below!