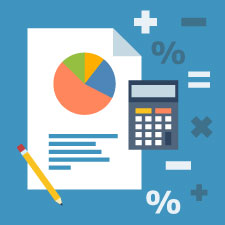 Here at Commonwealth, our Data Integrity team maintains and reconciles all of the data that appears on our Client360°®, Practice360°®, and Investor360°® platforms. These systems allow our affiliated advisors and their clients to manage many aspects of their overall financial picture.

But with all this data at their fingertips, many advisors still struggle with the best way to measure portfolio performance. Specifically, they often ask us about the difference between time-weighted return (TWR) and internal rate of return (IRR), also known as dollar-weighted return, and which option might be better to use.

Download our free Total Technology Solution guide to learn how Commonwealth's platform can provide a better view of your clients' overall financial picture.

Here, we'll take a closer look at this often misunderstood facet of portfolio performance—and help you determine which method to use when measuring the performance of your clients' portfolios.

In a nutshell, TWR shows how an advisor performed in relation to the money he or she had to invest at the time. But this method isn't always clear-cut.

Also, TWR can be difficult to explain to clients. As a result, some advisors turn to IRR, which tends to more closely reflect what the client made. But is IRR really a better calculation methodology?

Is IRR Better Than TWR?

It's true that IRR tends to more closely reflect what the client made. But is it better? Let's look at an example using accounts A and B to help answer this question:

Although account A has been open twice as long as account B, if you were to calculate a return from inception through March 31, 2017, you'd expect both accounts to have a 10-percent return. In fact, that's exactly the result you would get if you ran either an IRR or TWR calculation for each account separately.

But what would happen if you calculated IRR for both accounts together (i.e., the entire portfolio)? Here's how IRR is calculated for a group:

So, in the example above, performance for the two accounts would start on March 31, 2015, and the $10,000 cash flow on March 31, 2016, would get discounted back to the start date. Since the second cash flow came in halfway during the return period, it would be given half the weight in the denominator of the return calculation. Consequently, there would be a gain of $2,000 on net capital of $15,000 (instead of $20,000) and a return of 13.3 percent (instead of the expected 10 percent).

With an initial contribution of $10,000, an additional contribution of $10,000 a year later, and total gains of $2,000, the return would be the same as in the previous scenario: 13.3 percent rather than the expected return of 10 percent. Why? The second cash flow would get discounted back to the start date of the performance range, resulting in a smaller denominator and a larger return than you'd expect.

You should keep in mind that IRR calculations don't always show higher returns. Actually, the reverse holds true for withdrawals. They don't reduce the denominator as much as expected, and you're left with lower-than-anticipated returns. For these reasons, take care when reporting on returns using the IRR methodology.

Let's look at another example to illustrate how TWR and IRR can produce dramatically different results.

You've been managing your client's money for 9 years, taking an account with $10,000 and no additional contributions and doubling it to $20,000, for an approximate 8-percent average annual return (with both TWR and IRR). At the beginning of year 10, your client asks you to invest $1,000,000 that he's inherited. You decide to let it all ride on the S&P 500, which loses 30 percent that year.

In some cases, you just want to calculate a simple return, where the total gains are divided by the total investment. But this would be challenging with an account that has multiple cash flows.

TWR and IRR try to bridge this gap, but they do so in different ways:

Which Method Is Right for You?

Here at Commonwealth, we provide both TWR and IRR within various Client360° reports, but we tend to favor TWR methodology for longer-term performance calculations. In general, we believe TWR is a better representation of an advisor's performance in managing a portfolio. And unlike IRR, it can be compared easily with indices and other investments and money managers that use TWR.

Of course, neither method is perfect. It's important to understand the complexities of each before determining which methodology to use when measuring portfolio performance.

Which method do you use when measuring portfolio performance? Do you think that TWR provides a better perspective? Please share your thoughts with us below.

Editor's Note: This post was originally published in September 2015, but we've updated it to bring you more relevant and timely information.