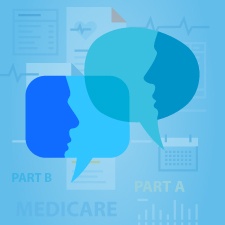 As a financial professional, you routinely ask clients for their estate planning documents. You also factor health care expenses into your retired clients’ financial plans. But have you thought about advising attorneys-in-fact about retirement health care? If you have Gen X and younger boomer clients with aging parents, or if you advise different generations of the same family, you might consider adding this service to your menu.

To help you decide if this path might be right for you, let me introduce you to your new (fictional) client, Zak, who is an attorney-in-fact for his aging parents.

Zak is facing a common scenario for attorneys-in-fact: his parents’ health care needs are increasing, and they may have to rely more on Medicare or apply for Medicaid long-term care benefits.

Zak’s parents, Richard and Barbara, are retirees living in California. Richard has recently been diagnosed with Parkinson’s disease.

Zak needs your help to better understand his role. After reading through his powers of attorney documents, you learn that he has authority over his parents’ financial and health care matters—including decisions related to Medicare and Medicaid.

According to the 2017 Genworth Cost of Care Survey, annual fees in California (where Zak and his parents live) for an assisted living facility average $51,300. In a California skilled nursing facility, annual fees are about $97,367 for a semiprivate room and $116,435 for a private room. So, the stakes are high when it comes to making these decisions, and Zak can certainly benefit from your expertise.

A good start to a discussion with clients like Zak is to cover the basics of the separate parts to Medicare, including the varying premiums, deductibles, and co-payments.

Medicaid is separate from Medicare. It funds long-term skilled nursing care for people 65 and older, and its eligibility rules are strict. You’ll want to drive home the message to Zak that a Medicaid recipient’s assets and income cannot exceed specified limits and that federal law penalizes asset transfers for less than fair market value (i.e., gifts). Federal Medicaid laws also include mandatory recovery provisions that require every state to recoup assets from the estate of a Medicaid recipient older than age 55.

The basics are important, but there is much more that clients like Zak need to know about how Medicare coverage works. For example, you can advise Zak that gifts permitted under federal tax law are penalized under federal Medicaid law. Let’s follow Richard and Barbara as their health care needs increase to illustrate how you can help guide Zak through some complicated circumstances.

Richard and Barbara move to an independent living condominium in a continuing care community. Over time, Zak starts managing his parents’ bill payments and medical appointments. They ask him to continue their annual gifts to the 529 plans they own for their grandchildren. Zak agrees, as the contribution amounts don’t exceed the federal gift tax exemption.

One day, Richard falls and is taken to the hospital emergency room. He and Barbara have traditional Medicare Parts A and B.

Observation vs. inpatient status. Richard is in the hospital for three days when Zak notices that “observation status” is written on his dad’s medical chart. On the fourth day, Richard is transferred to a skilled nursing facility on the independent living community’s campus. At that point, Zak learns that the hospital has been billing only Medicare Part B insurance—not Part A. The facility informs Zak that Part A will not cover any of its fees, resulting in higher expenses under Part B for the hospital’s services that Richard has incurred. In addition, Part A will not cover the cost of Richard’s care at the skilled nursing facility. Why not?

On day 10 of Richard’s stay at the facility, the staff tells Zak that his dad requires only custodial care, which is provided by nonlicensed staff and is therefore not paid for by Part A. Now, even though Richard had inpatient hospital status, Part A won’t pay for 20 days of full coverage or for up to 100 days of coverage with co-payments. Richard is fully responsible for the facility’s skilled nursing fees!

A Medicare appeal. As Zak’s advisor, you can advise him to file a Medicare appeal and demonstrate that Richard does require skilled nursing care. Further, you can explain that the appeal could cite a lawsuit settled just a few years back.

Before 2013, Medicare patients often learned well before day 20 of their stay in a skilled nursing facility that their Part A coverage had ended. Why? Because facility staff had declared that the patients’ condition had “plateaued.” In order to pay for a continued stay in a skilled nursing facility, Part A required improvement in a patient’s condition.

But the Jimmo v. Sebelius lawsuit challenged the improvement standard and won. Its settlement in January 2013 established that the Medicare statute does not have an improvement standard. Coverage must continue even if skilled nursing services would only prevent further deterioration of a patient’s condition.

Of course, this is a lot to take it, but Zak still has more to learn.

Zak’s mother, Barbara, experiences declining health and moves to an assisted living center while her husband remains at the original skilled nursing facility. The fees for her and Richard’s stays deplete the couple’s savings, so Zak must help his parents apply for Medicaid.

The local California Medicaid office reviews the application and informs Zak that his dad is not eligible for Medicaid until the 529 accounts are spent down for both Richard’s and Barbara’s care. At this point, Zak wonders whether he will be liable for his parents’ bills.

In fact, 28 states have filial responsibility laws (including California), so Zak has reason for worry. One lawsuit in particular, Health Care and Retirement Corporation of America v. Pittas, serves as a cautionary tale. In that case, a nursing home chain successfully sued a son under Pennsylvania’s filial support law. The son was deemed liable for his mother’s nursing home fees even though he did not mismanage his mother’s finances and a Medicaid application was pending.

Zak’s challenges with Medicare and Medicaid are very common. But when you provide critical information, you can help alleviate this tension and prepare an attorney-in-fact for Medicare and Medicaid decisions that often begin with a trip to an emergency room and end with an application for skilled nursing care. Don’t miss this opportunity to provide indispensable service to families that need your expertise now—they’ll be sure to rely on you later as well.

What other challenges do your attorney-at-fact clients face? Would you consider adding this service to your menu? Please share your thoughts with us below! 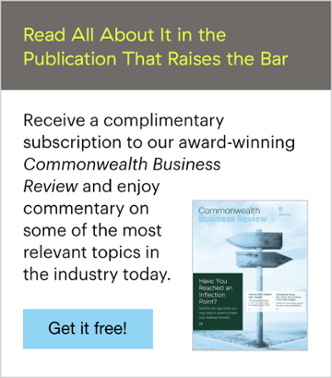 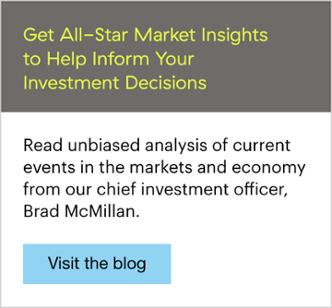