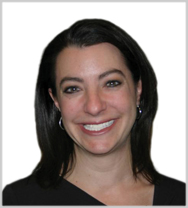 Lori Yaverbaum is the vice president of advisor experience at Commonwealth Financial Network®, member FINRA/SIPC, the nation's largest privately held Registered Investment Adviser-independent broker/dealer. With the firm since 2001, she is responsible for driving initiatives to improve the overall experience both internal and external customers have working in and with Commonwealth. In addition to a BS from Lehigh University and an MBA from Boston University, Lori holds an MS in human factors in information design from Bentley University and is a certified usability analyst through Human Factors International.

Information about securities-registered professionals may be found at FINRA BROKERCHECK.

Social Media for Financial Advisors: A Step-by-Step Guide to Getting Started, Part 1

Turning Lemons into Lemonade—or Maybe Not. What’s Up, LinkedIn?

Getting Old or Feeling Old?

Part I: When Did a Vacation Not Become a Vacation?

Social Media for Financial Advisors: A Step-by-Step Guide to Getting Started, Part 1

As a financial advisor and small business owner, you are probably interested in getting started with social media (if you don't use it already). But you might not know where to start or what exactly you need to do, and, for sure, you probably think you don't have enough time for it. You're not the only business owner who feels that way. The good news is that, when it comes to social media for financial advisors, there are some very simple steps to get up and running so that it doesn't feel overwhelming.

I’m struggling. Our world was rocked on Marathon Monday. For some of us more than others, certainly, but I’ve always felt that Boston is a small, closely knit town. Having lived in the Back Bay for years, having run in many city events, and being an American—heck, being a person who has feelings—I’m not surprised that there’s no shaking the dark cloud looming over us despite the beautiful weather we’ve had this week.

But what bothers me after four days is that I am still constantly holding back tears. I haven’t been able to process what has happened. Recognizing that I know people who were there but who are fine, and that I only “know people who know people” who were injured, shouldn’t it be getting easier for me to compartmentalize the event and continue with “normal” life? Why isn’t it getting easier?

Turning Lemons into Lemonade—or Maybe Not. What’s Up, LinkedIn?

LinkedIn went down shortly after 7:00 A.M this morning. Naturally, I assumed that something was wrong with my connection, so I tried again a few minutes later. After getting some 503 and 502 error messages—your guess is as good as mine—LinkedIn posted this:

Getting Old or Feeling Old?

When my alarm went off this morning at 5:05 A.M., the first thought I had was, “I’m going to bed early tonight.” Which got me wondering . . . why did I think about going to bed the second I got up? My conclusion: I’m getting old. And, as I continued pondering this, I was reminded of the simple fact that—no matter what you know, who you know, or how much money you have—none of us can avoid the passage of time.

Part I: When Did a Vacation Not Become a Vacation?

This past year, for a variety of reasons, I did not take an extended vacation until the last week of the year. And I have to say, I definitely was looking forward to having 11 days off. But I noticed that, a few times before I left, I was telling people, “It’s a great week to take off because most people are on vacation, so I don’t need to constantly be checking my e-mail.” Which made me wonder: when did a vacation not become a vacation?

Previous All posts Next